Last Day On Earth is a game that made the Survival genre of games very famous on mobile. Before LDoE, there were not many great survival games on mobile, with Minecraft being the only exception. Last Day On Earth was a breath of fresh air in the mobile market. Its developer, Kefir Games, is Russian, and they’re doing great work on the game. They recently introduced a slew of new, highly-anticipated content to the game. However, all of that content is for the endgame players, and not for the beginners. This guide will tell you about the beginning phase of the game. This includes starting out the game, collecting resources, building your base, and so on. Read on, because this is the Last Day On Earth beginners guide!

You can customize your character when you’re starting to play on a new account. There are no skills at the beginning, just physical appearance customization. As you continue to level up, you’ll gain access to a great number of skills. All skills are classified into 2 types – Active and Passive. Active skills are special skills, and you can only use 2 at a time. These active skills recharge over time, except for the “Sneak” and “Auto” active skills. Those two are the ones that you start playing the game with. Passive skills are those that are active forever in different ways. They do not need to recharge, and all of them are in use at all times.

Starting Out On Your Base

When the game released in 2017, there was nothing in your base. You had to build everything from scratch. But now, the devs give you two core rooms, the unfinished Chopper(Motorcycle), an unfinished Gunsmith Bench, and a CB radio. Once you’re inside the base, you’ll see a truck, where you’ll find a jacket and cleaver that you should equip. Besides those, you’ll find supplies in the truck like food and water, cloth, etc. The jacket and cleaver will help you to clear out all the zombies on your base. Once you kill them, your base is all set to become a fortress!

Collection and Gathering of Resources

When you get out of your base for the first time, you will see different places on the map. These are the different places you can go for looting them. The Pine and Stone zones give you basic items like wood, stone, seeds, fiber, and iron. You will need these for building and upgrading your base, building armor, and so on. The other zones include Crooked Creek Farm, Bunker Alfa, Bunker Bravo, Motel and Police Department. All these zones are varying in difficulty – Green(Easy), Yellow(Moderate), Red(Hard). There are various other items, different from resources, and you can check them out here.

Last Day has four different “Tiers” of armor that are easily available. They are – 1. Dad Set (Basic Armor), 2. Jeans and Jacket (Tier 2), 3. Tactical Armor (Tier 3), S.W.A.T Armor (Tier 4). Tier 1 Armor provides the least protection, whereas Tier 4 provides the most protection. Kevlar Armor is better than S.W.A.T Armor, but it is a very rare reward. Tier 1 and 2 armor can be easily crafted, while Tier 3 and 4 armor is more accessible in crates of Bunker Alfa. The Tier 1 and Tier 2 armors also have “Re-inforced” versions, but they’re only slightly better than the OG sets. The best and most easily obtainable armor at the moment is the Tactical Armor. It provides great value in both durability and damage reduction. Also, if a zombie does 100 damage to you in Dad Set, you’ll take only 86 damage in Tactical Armor.

Weapons in Last Day On Earth can be divided into two categories – Firearms (Guns, rifles, et al) and Melee (Katana, Machete and close-in stabbing and slashing weapons). Firearms include the AK-47, M16, SCAR-L, VSS and Winchester rifles, while smaller guns include Zip Gun, Glock 17 and Uzi. Of these, the SCAR-L does the most damage, the Uzi never misses a shot, while the Glock is the most-found gun in-game. A close replacement of the SCAR-L is the AK, and the AK is found a lot more commonly than the SCAR-L. The Milkor MGL is a grenade launcher, and it is very, very rare. Melee weapons are those that are used in close combat. The best melee weapons in the game are Katana, Machete, Crowbar, Pipe. Always remember to sneak attack with melee weapons as much as you can, as the damage by sneak attacking is tripled.

Chopper – The Vehicle For Beginners

The Chopper is a motorcycle that is available to players in an unfinished format when they start playing the game. It is essential for every beginner to try and unlock the bike, as it provides access to Rest Stops. These Rest Stop events help to get guns, melee weapons, and gasoline. To unlock the Chopper, you need to use 4 Basic Backpacks, 20 Engine Parts, 2 Chopper Wheels, 1 Chopper Fork, 1 Chopper Gas Tank, 10 Wiring, 30 Bolts, 10 Ball Bearing, 20 Rubber Parts, 30 Scrap Metal. Of all these, the Gas Tank used to be the hardest to get, but since the drop rates have increased, you can have a Gas Tank after a few Red Crate openings in Bunker Alfa.

Bunker Alfa is the key to success in this game. Killing zombies on normal mode here gives you “tickets” – Red, Yellow and Green colored. These tickets will help you to open the “Ration Crates” in which you get weapons, armor, food, et al. A Green crate requires 20 Green tickets, and contains Tier 2 Armor, a Glock, and a melee weapon with some food. A Yellow Crate requires 25 Yellow tickets and contains a set of Tier 3 Armor, 2 guns, a melee weapon, and other stuff. The Red crate is the best, with about 3 to 4 guns, a melee weapon, 2 sets of Tier 3 and above armor, and it has a chance to contain the Chopper’s Gas Tank. When you activate Hard Mode and kill the zombies, they drop notebooks, badges, and seals that will help you get the Floppy Crate co-ordinates.

Floppy Crates are special crates that have the highest chance of containing a grenade launcher or SCAR-L. The co-ordinates for Floppy Crate can be obtained from the Specialist on the first floor of Alfa when you give him the collected seals, books and badges in Hard Mode. You can read about Bunker Alfa guide in detail here.

Dogs in Last Day On Earth

You can breed dogs in Last Day On Earth, and they give you different buffs according to their rank and traits. So, if I have a rank 3 Dog with Bloodhound trait, I have a very increased chance of getting rare items in locations that I loot. There are 4 ranks of dogs, with different traits unlocked at each rank. Rank 4 has the best traits – “True Friend” which allows us to take the dog with us, and “Lucky” because of which we get one free gold coin (Last Day On Earth premium currency, often used to speed things up) every day. You can get a higher-ranked dog by breeding two dogs of a lower rank. Dogs often need “treats” when they come with us on adventures, so it is advisable to keep dog food on hand when you have your little pupper with you. More on them here.

Raids in Last Day On Earth

When you call raiders through the CB Radio on your base, they give you different tasks to complete. After you complete those tasks, raiders give you the location of a base you can loot. When you go to raid a base, always carry a lot of Simple Hatchets and Iron Hatchets with you to break down doors, walls, and chests. Sometimes a base requires C4 explosive to be broken into, and C4 explosive is found in Floppy Crates. If you make even little noise on a base, the noise meter will increase with each subsequent sound, and when this noise level reaches 100, The Big One, a giant with 1000 health will appear and try to kill you, However, it is very easy to avoid the big red dude by running in circles, looting the base, getting out and coming back to loot, rinse and repeat.

You can also be raided by raiders sometimes, hence it is always wise to leave some bait chests with useless stuff, on the outskirts of your base. For this reason, it is said that a base should always be built in a honeycomb pattern so that raiders cannot get in and easily loot your stuff. But if you are raided, you have a chance to get a revenge raid, that is, a raid without completing any of the tasks because the raiders raided you first. More about raiding here

And that is our Last Day On Earth Beginners’ guide, folks! If you want more information about the game or anything else in it, check out the Last Day On Earth wiki. And, for more Mobile Gaming related news and guides make sure to subscribe to the newsletter! 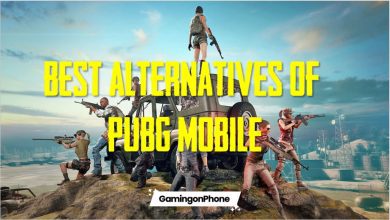 PUBG Mobile Banned: 5 Best Alternatives of PUBG Mobile you can choose to play 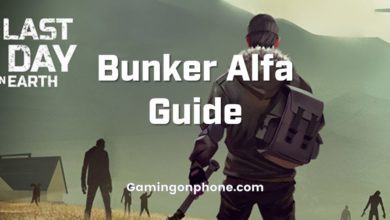 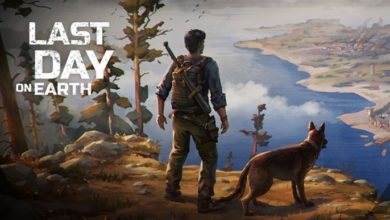 Last Day On Earth Weapons Tier List: From the Best to Worst