Lords Mobile offers tons and tons of features to make the game more interesting for the players. In Lords Mobile, players can send a team of five Heroes to the Colosseum to battle other players from the same Kingdom. At Castle level 10, the Colosseum becomes available. Colosseum is a brutal PVP competition in which you compete for gems against other players in your kingdom, including guildmates! It can be difficult for a beginner to figure out how to excel in an environment that is constantly changing and challenging. Here is the Lords Mobile Colosseum guide with a list of the best heroes to conquer the matches without much hassle.

In the Colosseum, players advance by challenging other players. Because battles in the Colosseum are automatically played out from the moment the Deploy button is pressed. When a player defeats a higher-ranked opponent, the two players’ rankings are swapped. As a player progresses through the ranks, the amount of time he or she can rank up for each battle decreases. Every 24 hours, the Colosseum entries will be reset. In layman’s terms, this means you’ll have another 5 chances to do something. The length of time varies by account. However, your five entries will be reset every day at the same time.

This should come as no surprise to experienced players. Lore Weaver is an excellent all-around unit, whether he’s in the Colosseum or not. Her kit is complete with everything you’ll require. Check for stun. Healing is a given. Damage Control? Stunned? This hero has everything the player will need. Do you want to be at the top of Lords Mobile Colosseum fights and win them easily? If that’s the case, Lore Weaver is a must-have character. This hero has excellent combat abilities and is particularly useful in Colosseum battles. This is due to her incredible healing abilities. Aside from that, she comes in handy during hero stages. Are you constantly at war and seeking a hero to aid you in gaining an army advantage over your adversary? Weaver is once again your must-hire hero.

According to many advanced players, this most powerful F2P unit ever. She’s a tank who can heal, shield, and stun/interrupt enemy units. On top of that, she does a lot of damage. What more could you possibly want? Rose Knight is without a doubt the most popular and favourite Lords Mobile hero due to her unrivalled abilities. She has the ability to stun, heal, protect allies, and boost army attack all at the same time. If you raise Joan’s level to gold, your cavalry’s HP will be increased by 50%. Joan will also increase your army’s overall attack capability by 20%. Aside from those battle skills, Rose Knight will boost your timber production by 150 percent automatically. Rose Knight is a must-have hero if you want to win Colosseum battles and progress through the hero stages.

This unit has a decent DEF base that can counter assassins and heals, and it can buff its allies DEF (150). It can also stun enemy units for 5 seconds in a medium-sized area. Witch Doll (Astre) is a must-have Lords Mobile hero, especially if you’re going P2P and spending money on mobile games. Astre is a solid colosseum hero with a fantastic magical attack. Witch Doll, for example, is a good colosseum hero who can help you rank higher than any other player in your kingdom. This also means that every three hours, you’ll receive more free gems. Apart from that, you’ll have the honour of being the greatest warrior in the Colosseum. This hero has no combat skills, but she has incredible administrative abilities. Astre will automatically boost your construction and research stats once you’ve been hired. Not only that, but she’ll speed up your soldier training.

This unit deals with a wide range of magical damage. Burst damage, over time, you name it. In addition, the Devil’s kit has a ridiculous five-second GLOBAL stun. Five seconds in the Colosseum are equivalent to five hours. Perhaps not exactly, but you get the picture. Overall, Petite Devil (Beatrix) is a fantastic Lords Mobile P2P hero to have, especially if you want to dominate the Colosseum. If you have a high ranking in the Colosseum every three hours, you will receive more free gems. Because of her useful administration and battle skills, Beatrix is one of the most popular P2P heroes among middle spender players. Beatrix will automatically boost your research speed by 25% when upgraded to legendary grade, in addition to increasing your range attack by more than 30%. This hero is a great addition to your collection of formidable heroes if you want to have an advantage over other players.

This dangerous hero can be used in a variety of ways. When it comes to Colosseum, he is without a doubt one of the best free to play heroes. Do you intend to assassinate the enemy’s team healer? Demon Slayer can help you with that. Do you need someone to leapfrog the enemy’s backline? Demon Slayer can also help you with that. The faceless hoodie-loving Demon Slayer (Shroud) is one of the most popular Lords Mobile heroes, especially in the Colosseum. He’s a favourite hero of many advanced players because of his powerful slashing attacks that deal twice as much damage. Shroud is also a popular choice for monster hunting events, especially when the situation necessitates physical damage heroes.

Demon Slayer and Tracker are the epitome of a wombo combination. The enemy is in for a bad time thanks to her stun and Demon Slayer’s jump. Furthermore, Tracker’s damage output is very respectable. Oh, and it’s a free unit, too. When it comes to monster hunting and Colosseum battles, she’s one of the most important heroes. Boom-Hilda will increase your ore product by 150 percent when maxed at gold grade.

Black Crow (Chadra), a godly lady with a bow and arrow, is a popular Lords Mobile hero, especially among F2P players. Chadra’s unique hero abilities make her an important member of the line-up for both Colosseum battles and monster hunting. Chadra’s logistical abilities can not be overlooked. She’ll boost your range HP by a whopping 50% if you upgrade her to legendary level. In addition, Black Crow will increase your range defence by 50% and your trap attack by 30%. If you can get her to gold, you’ll have a formidable range of troops in your arsenal.

Overall, a fantastic kit includes a stun, which is always a plus for Colosseum. Grove Guardian, on the other hand, shines against mage comps. If you’ve ever competed in Colosseum, you’ll know that there are a lot of mage competitions going on, making it one of Lords Mobile’s best heroes. Grove Guardian (Forrest) is a premium Lords Mobile hero who can significantly increase the strength of your army and help you win more battles. Forrest is an expert at bolstering your range troops. When upgraded to gold, Forrest gains a 50 percent increase in range HP. He’ll give you a 30% attack boost when you bring him into battle. Grove Guardian will not leave you defenceless, as he will provide a 50% boost to your range troops.

Prima Donna (Felicia), a cute flying nymph with magical healing abilities, is a popular cute hero among Lords Mobile players. She has the ability to heal all allies for 4 seconds. Felicia, a siege hero, may not be useful to most war freaks, but her healing ability makes her indispensable in hero stages and Colosseum battles. If you can beat her to gold, you’ll have a hero who can help you get through all of the hero stages and win more Colosseum battles. Prima Donna will increase the HP of your siege engine by 75% when upgraded to gold. Felicia can also increase your turf’s seige defence by 75% while also increasing your seige attack by 50%.

In the Colosseum, players can hire a number of great paid heroes to assist them in crushing their enemies. Based on cost and skill, we have a list of best paid-heroes by MarksAngry Reviews.

It is a character in the Lore Weaver series of books and is a fantastic healer and an invaluable asset to the Colosseum. She’s ten times better than Prima Donna once she’s maxed out.

For a few seconds, she traps your opponents in place. Her colosseum assist is extremely powerful. Her bonus battle skills provide you with incredible research, building, and training advantages.

It is a fictional character. In the Colosseum, he is one of the most powerful heroes. This hero is lethal even if you don’t max him out. If you have the cash, get him, and if you see him, avoid going against him. Only get him if you want to own the Colosseum because his battle bonuses aren’t great. Against a powerful magical foe, he is especially formidable.

It is highly recommended for the players to branch out and try new things! Take a closer look at those battles you’re losing and that which seems to be going against you? Play around with some entries to see what you can come up with. Overall, if you play strategically instead of rushing, you will beat the bush for sure. Try the heroes listed in our guide and with time you will become a legendary player. Moreover, if you get stuck somewhere, you can always refer to our Lords Mobile Colosseum guide to help you outshine the attacks most of the time.

We hope you find our Lords Mobile Colosseum guide useful. Let us know in the comments below. 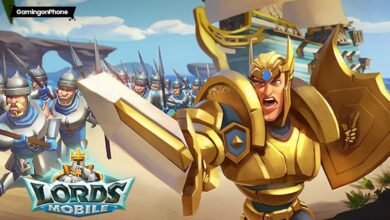 Lords Mobile Free Codes and how to redeem them (April 2022) 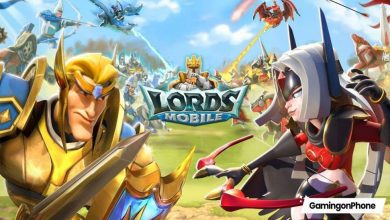 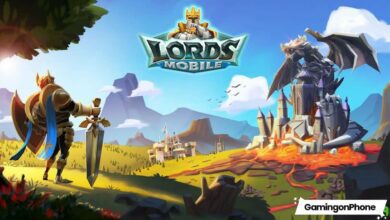