Online Soccer Manager (OSM) 21/22 is a very well-known football manager simulation game, which features a very interesting online environment. Rather than competing in a virtual world against AI-controlled managers, players will face other real people, and interact with them not only through matches but through transfers and other parts of the game too! OSM is very easy to approach with minimalistic graphics and a simplistic layout. On top of that, it is completely free to play too! A key foundation to OSM which keeps the game, and your club, running, is money. Without money, managers are incredibly restricted to what they can and can’t do in the game. It’s safe to say you need a couple of nifty ways to bump up your balance every now and then. This article will cover a range of different ways to earn money quickly in Online Soccer Manager (OSM) 21/22.

There are 2 types of currencies present in OSM: Boss Coins and Cash. Both have different purposes, however, Boss Coins are more like the premium and most valuable type of money in this game. Here is what both of them actually do.

Boss Coins are obviously the main premium currency, which you can obtain through in-app purchases. Don’t worry though! There are still ways to get them for free, however, it won’t be as big of a catch as how much you’d get paying real cash for them. These coins can be used anywhere in the game from transfers to playing friendlies, to speeding up cooldowns. Furthermore, Boss Coins can also take the place of Cash, for example, if you don’t have enough cash for a transfer, you can pay the remainder with Boss Coins.

This is the currency you will naturally get through matches and the main use of it is for transfers, paying staff, and expanding your stadium. Don’t underestimate it though, even though its uses are limited, it can be the key to turning the whole face of your team. Also, you may notice that you can transfer funds between club and bank. If you’re confused as to what this is, the idea behind this feature is to allow managers to transfer funds between clubs they manage.

Although the rewards are not very handsome, watching adverts for OSM can help boost your balance, even if the impact isn’t great. There is a series of 3 ads you can watch, with increasing rewards, as shown in the screenshot below. You can view this menu by clicking the Cash balance.

Clicking the Boss Coins balance also opens another menu, where you can watch another ad, this one gives a singular Boss Coin each time. Not the best, but it’s free, difficult to complain!

OSM has a pretty cool feature that is slightly hidden away, making you try and find it rather than tell you about it straight off. Managers can monetize the 4 stands of the stadium with different real-world brands and organizations.

Each sponsor offers a different matchday length and a different pay, so obviously, it would make sense to look for the best one! Make sure to top up on them regularly, as some may only last for a couple of matchdays. You should expect around 100k-200k per sponsor, get 4 sponsors at an average of 150k each and that’s 600k a matchday – not bad at all!

OSM has a huge range of different achievements you can complete, with varying difficulties. Some are really quick and require just a few clicks, whilst some are a little longer. The following achievements are ones that should be easy enough to do immediately.

The other achievements tend to just come from playing the game. Make sure to keep an eye on this menu from time to time, in case you unlocked any achievements and not noticed them.

The stadium menu offers 3 different ways to expand your stadium: the capacity, pitch, and training. All 3 bump up the performance in other areas of the game. Improving training improves, well, training, whilst improving the pitch adds a higher home advantage, turning half your games into your favor.

For making money though, managers should look at the stadium capacity. Each investment adds more to the income from Gate Receipts, which adds to your balance every matchday. It is advised not to go all in and invest everything instantly, rather take it slowly and carefully. If you have a decent balance, and are not in need of any new signings, investing in your stadium will help you if necessary in the future.

Selling players is probably the absolute best way to grab some Cash. Any player that doesn’t have a starting position in your squad is better off finding another club. You can decide what price to list the player at too, and we know a couple of nifty tricks to get the most out of this too.

At the start of the season, the AI is known to be much more active in buying players from the transfer list, much more careless too. A lot of OSM players have noticed that listing players at maximum price, or a few million higher than their value still results in them getting sold. This is a solid way to get big numbers, and can also open the door for trading too.

It can be very useful to buy a lot of cheap players from the transfer list and then sell them for higher prices. Although a little time-consuming, as players don’t sell instantly, trading is definitely one of the best ways to get cash in this game. During the season, the AI starts to move a little slower when buying, so make sure to get any trading done early on.

Hope you find our guide on how to earn money quickly in Online Soccer Manager 21/22 useful. Let us know your thoughts about them in the comment section below!

Does it consume internet data? 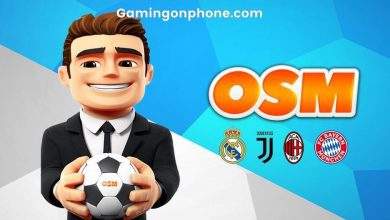