Raziel Dungeon Arena is a beautiful Action RPG game with an action-packed sequence featuring evil monsters to demon-slaying fights, gliding through the dungeons keeping yourself alive. Many compare it to the Diablo series of the path to the exile but it has its own unique features that run out all the compensations. In this article, we will cover the basic classes and the best characters for each class in Raziel Dungeon Arena, along with their strengths and skills to help you run the dungeon raids successfully.

What are the classes in Raziel Dungeon Arena?

Before going into the best characters for each class in Raziel Dungeon Arena, let us see what are the classes available to choose from in the game. Class in Raziel Dungeon Arena represents the sequence of fighters that you take with you in the battle raids. Creating a perfect class is really important as it will help you perform some specific skills based on some specific classes needed to win. Raziel lets you unlock all the classes in the same account but upgrading particular equipment will not affect others in the same class. In Raziel Dungeon Arena you can take 2 characters with you in the battle, the main class, and the supporting class. The classes available are:

Lets explore these Raziel Dungeon Arena classes and know the best possible character for each class, in details.

He is the melee tank class of Raziel Dungeon Arena. He uses his Axe to slash down enemies in range and gives Physical DMG upon them. Beastmaster is the best for PvP battles and works fine in PvE too. Beastmaster is best for soloing with high DPS, HP, and Stats. We highly recommend him if you love playing tank roles and want sustainibility in your battles.

Alina is the long/mid-range magic class/character which has high DPS and CC skills. You can use Alina to unleash tremendous magic attacks on the enemies that slow them down and kills them easily. She is one of the favorite characters in this game. Alina also possesses a number of great abilities like slowing enemies down, providing high DPS, and continuously attacking with lightning bolts. She is one of the best heroes to start the game with for her CC abilities and high healing abilities. If you like to play with magic damage inflicting heroes and love to attack with skills over basic attacks, she is the best for you.

Death ranger Vilasack is a long-range bow and arrow user which is very useful against other melee attack enemies or enemies with slow movement speed. You can choose Razor from the three initial heroes to create or the initial hero unlock material optional box when your hero level 40 and 56. The long-ranged bow arrow attacks from him inflict heavy damage upon the enemies in range and with his flexible agility, he can attack and place himself much quicker than you expect. He is a great choice for players who love to play the marksman role.

The final class in this Raziel Dungeon Arena Class Guide is Isadora Sander. This is the best supporting class in the game right now. She is also known as the puppet manipulator and is able to summon a manipulate puppets in a battle. Her skills are specially created for the supporting purpose of the game. When she is played as an active class, her passive stat bonuses are always active which means once you cast her skills as an active class your secondary class also gets the privilege to use the skills in the fight.  Moreover, with puppeteer as secondary, you will be able to summon minions to fight the battle for you while you can concentrate on your primary and fight the real enemies.

That’s all about the basic classes and the best characters for each class in Raziel Dungeon Arena. Depending on these Strengths and Skills of each character, choose what will be the best class and character set for you in the game. 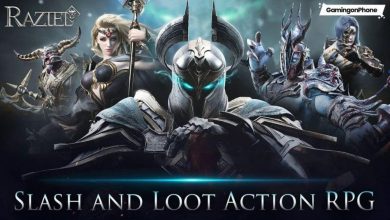