Terraria is a long-term 2D adventure sandbox game. It strives to keep the players going by slaying enemies and obtaining and forging equipment to eventually beat the final boss of the game. Before reaching this final stage, the player will have to go through several trials to prove their worth. Better said, he needs to defeat several pre-hardmode bosses for their loot before being able to challenge the greater ones in Terraria. This is not an easy task in Terraria, therefore this guide will give some insight on how to summon and fight these Pre-Hardmode bosses easily.

Depending on the version of Terraria Mobile which has been running, there has been currently a total of 31 bosses. These are split into different categories, namely Pre-Hardmode bosses, Hardmode bosses, and Event mini-bosses. Some bosses are optional, while others are required to have been defeated at least once per world to progress to another. Otherwise, nothing will happen even if all other summon requirements are met. There is also a guide to summon and defeat Event Bosses in Terraria, so be sure to check it out.

Each boss requires a summoning item and/or certain conditions to be summoned. This can result in taking quite the journey to gather the material needed, depending on your world size, materials needed, luck and enemy spawn rate.

Most bosses have a second phase which makes them more deadly due to the various buffs they attain. During this, they will “transform“, making them immobile and stop attacking for a few seconds, after which they will usually deal more damage, gain more defence, become faster or attack with more precision.

Pre-Hardmode bosses are a slight taste of what’s to come once Hardmode is achieved. Although, this does not mean they are less difficult to defeat. No matter what boss or what mode, it’s better to upgrade your health to the fullest and gather the best gear and potions possible before even thinking about taking them on.

When pre-hardmode bosses are summoned in Terraria, they always announce themselves with a warning visible to every player present in the world it was summoned. These are crucial if want to avoid an encounter with some bosses or need to retreat with minimal received damage.

All bosses have a standard prefix line: “<Boss name> has awoken”. These are some having unique lines before the aforementioned. The only Pre-hardmode exceptional is the Eye of Cthulhu displaying the status “You feel an evil presence watching you…”. This is when he has remained unsummoned and undefeated after meeting the summoning requirements.

Fortunately, there is an order at which some bosses can be summoned. One can take all the time one needs to prepare for the battle. We’ve listed the order below, therefore one should know what he is up against.

King Slime is a relatively easy boss to defeat at the start of a new world. This is due to the easy summon requirements and low overall HP. It can be defeated with a mere copper sword, but it’s better to have a better ore sword equipped. A simple start would be to keep him close while jabbing backwards while it chases you. Be careful though as he has teleport ninjutsu which activates when he gets too far off-screen.

The Eye of Cthulhu is a one-eyed terror pre-hardmode boss. It is the first boss actually worth defeating for good loot drops that partly depend on what Evil your world has. It is also a timed boss which means that one has to defeat it before the night ends. Else, it will despawn in the morning. Being able to clip through blocks and attack with great speed, this menace won’t leave one alone on the surface unless it is defeated or retreat to the deep underground before it spawns. Should one choose to take it on, memorize its attack pattern while running backwards and lunge back once he’s less mobile.

Queen Bee is the easiest underground boss that spawns in Beehives, the majestic Underground Jungle with drops worth acquiring before progressing forward. Once summoned, it’s very hard to get away from due to the tremendous speed it travels at and its ability to go through blocks. Luckily, Bee Hives all have Honey which increases regeneration if encased inside. She is required to be defeated to make the Witch Doctor NPC spawn who optionally counts towards the needed town NPC’s to spawn others. If faced with it, it’s better to have some health potions at reach, because the main problem is its poison attacks which it releases when present above the player.

Eater of Worlds is a boss only appearing in the Corruption Evil biome, dropping loot needed for better armor upgrades. It is relatively easy to defeat, with the only challenge being its HP. The HP is generally split through its segments. It is able to phase through blocks and will despawn once it’s too far off-screen. If wanting to avoid the encounter, you’ll need a magic mirror and home placed distant from the biome Evil. To easily defeat it, swing a sword at each segment as it passes through and slightly moves from the spot you’re standing. You won’t even have to worry about carrying too many health potions as each destroyed segment drops hearts that slightly restore health.

Brain of Cthulhu, the Crimson counterpart of the Corruption’s Eater of Worlds boss drops some much-needed loot for better upgrades. Don’t let its low overall HP fool you, this boss was made to deceive and can kill you easily, if not prepared. Be aware that it can’t be touched until its annoying minions are defeated and it reaches its second phase. After that, it will charge with more speed and will often teleport. One must try fighting it with both a strong defence and sword for the first phase and bow with the second for more distance.

Skeletron, the guardian of the Dungeon is a boss with a huge cracking skeletal head and long arms. It is an optional boss to be defeated to gain early access to the Dungeon. It is advised to defeat him before Hardmode begins to explore the Dungeon with more ease and unlock the Clothier NPC. It’s annoying long arms are the easiest to target and should be taken care of before going for the head which is the only thing that actually needs to be destroyed to defeat it. Defeating it will require patience, good reflexes and preferably a ranged weapon with good base damage.

The Wall of Flesh who is the guardian of the world, is the final, most terrifying and hardest Pre-hardmode boss. He is required to be defeated to progress forward into Hardmode. The boss also drops many useful items upon defeat. He is the only known Underworld boss which requires intense preparation and carefulness before facing. Should the boss be summoned by accident, the only way to evade is by dying. Trying to teleport home will have the same result. The fastest, but the most time-consuming way to defeat it is to build a bridge long enough to carry you a long way, a lot of health potions and ranged gear with loads of ammo. An even faster way is the use of easily craftable molotovs.

*Beware its second phase as it begins to shoot projectiles that can be lethal if unevaded too many times. *It must be defeated before it reaches either end of the map or it will despawn, inevitably killing you in the process.

Related – Terraria NPCs Guide: Everything you need to know 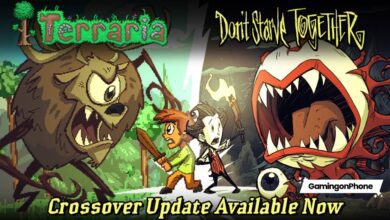 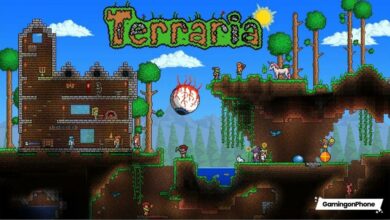 Top 10 best Terraria Facts you might not know of 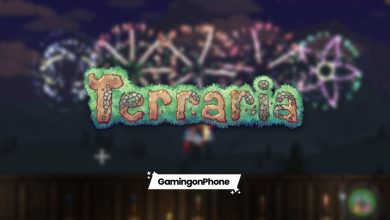