War Tortoise 2 is, basically, an incremental game. But the fact is, it’s not really limited to that. It also contains an appealing amount of idle, explorative and a shooter gameplay. The game is published by Foursaken Media on 4th March 2020 for both Android and iOS. Today in this War Tortoise 2 Guide, we’ll list down a few points that’ll help the players to win in this game.

1. Buying and Upgradation of Equipment

It’s really important that players buy and upgrade the equipments in this game. This might seem a little too complex, initially. But gets easier as you proceed in the game. There are various upgrades to be made. The key lies in knowing which stuff to upgrade or buy at a given time. Depending on your playing style you could either opt to upgrade your ‘War Tortoise’ to deal more damage or have an enhanced armour or recruit units to aid in assaults.

2. Get to know the enemies

In this game, you’ll face all kinds of enemies. They could be spiderlings, SPIDER, jumping spiders, salamanders etc. Some will inflict heavy damage, others will deal low but have faster movements. Always keep an eye out for the giant beetles; they will rain down shots at your War Tortoise from above. In the heat of battle, it becomes difficult to deal with multiple enemies alone. So, use mouse assault squads to help you battle the enemies on ground. Once you upgrade the units, they’ll wield guns to take out the aerial enemies as well. Use the turret weapon MG-15 machine gun to defeat, especially, the enemies which deal HEAVY to MEDIUM damage.

That’s the point of playing this game. You’ll be capturing locations. A location can be captured by battling through a number of waves where enemies shall spawn in a systematic manner. Just before clearing a wave a BOSS enemy will also appear. Capturing locations offer DNA that could be used for upgrades and evolution. Each location captured also offers a certain unique perk. For instance, the first artillery base conquered offers support fire within its map tier.

Heroes and Pilots have unique skills to assist you in the battle. They are locked, initially. But as your War Rank increases, they will get unlocked for purchase. Once bought, they can be evolved. These heroes and Pilots will prove to be crucial when you face the BOSSes before wave clearance.

Hope you find this War Tortoise 2 Guide useful. For more mobile gaming news and discussion, make sure to join our Discord server. 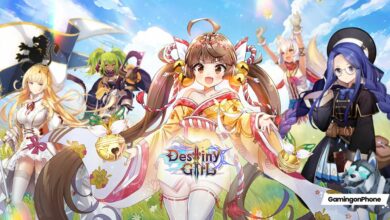