Getting Started with ZIO and the Magic Scrolls

Characters (Heroes) in Zio and The Magic Scrolls are graded through a lettering system, with the grade, goes from B (lowest), A, and to S. However, you can promote your characters are given enough materials into S+ and SS rank. Heroes that started on the S rank can be promoted into SS+ rank in which they can unlock unique abilities.

There are currently four types of heroes in the game. That is God, Demon, Human, and Immortal. They reflect on the background of the heroes, such as race, and power. Battle-wise, it consists of a rock paper scissors system.

God Heroes deal more damage to Demons, Demons to Humans, and Humans to Gods. Only Immortals are unaffected by this system. There are currently three Immortal characters present in the game, in which all of them are S rank and have an extra ability called “Reinforced Power” that is different from one another.

There is currently five kinds of fighting style in which a Hero can be in one of them. They are :

Heroes element and types of equipment

There are 2 elements present in the game, Physic and Magic. There are 3 types of equipment with different characters only being able to equip one kind. It is Cloth, Leather, and Plate Metal.

Magic scrolls are abilities that you can use in battle, that consume different amounts of energy according to their abilities. You can only pick 3 magic scrolls per battle and you can improve their abilities by using materials such as empty scrolls in Manadonna. There are currently 12 scrolls available in the game with different requirements for unlocking them. They are :

Other Magic scrolls require you to unlock certain characters in the game. They are :

After clearing Chapter 1 Episode 2-4, you will unlock Lucas’ Lab where you can increase your permanent attributes such as an attack, HP, Defense, and many others. You can get the materials by finishing battles in Dungeons.

Besides the Story Campaign, there is the adventure where you can finish Dungeons, fight other players in Duel Circle, battle through the endless floor of Demon King Tower, and participate in a Boss Raid.

Zio and The Magic Scrolls Beginners Guide: Tips and Tricks

After finishing the tutorials, the game will have given you enough rewards of 3000 diamonds. You can use this on the normal summons of 10 times+1 since it will guarantee you to get an S rank Hero. With that, you will now have 2 S rank Heroes along with ZIO. Focus on using your EXP Potions and Magic Crystals on upgrading your S rank Heroes so that you can clear the chapters easily.

But don’t forget to level different types of your Heroes (at least 2 Heroes per type) so that you can gain the upper hand in battle. Continue to collect 3000 diamonds for the summons of 10 times + 1 to get you closer to receiving a guaranteed Immortal Hero after doing 100 summons.

Since this is an AFK game, you will receive certain amounts of loot such as Gold, Hero EXP, User EXP, and Magic Crystals from your companion Bono. The key is to wait longer because the longer you wait, the better the AFK reward will become. So makes sure to only open it once every day (or longer).

There is a system of Team Buff in the game that increases your type for having Heroes of the same type in your team. The list is:

However, Immortal Heroes are not counted for this Team Buff and instead can support the team by activating certain Power. Choosing Heroes with a certain fighting style is also important. Having your Tanker Heroes place in front and magician in the back (Zio as an example) can is the best way to win.

This might be one of the most obvious things to point out but it is something that a lot of beginners tend to forget about doing. Since these battles have different amounts of material rewards for every floor and level, getting through them early on is something you must-do if you want to get ahead of other players. Entry tickets recharge after every 1 hour so don’t forget to regularly check the game and play through the battles.

Every time you win in Duel Circle, you will receive a certain amount of coins. Regularly play the game to acquire enough coins to exchange with blue-grade equipment.

In the Demon King Tower, there is a chest that recharges special coins for every minute. The higher you reach the floor, the higher will the recharge rate becomes. Gather enough coins to purchase Summon Tickets and Soul Essences that you can use to promote your Heroes to a higher rank.

You can receive a lot of stat increase for your Heroes through Guild Training and Guild Supporter. There are 6 guild skills that you can get by holding guild training together with your guild members. Though 5 of them you will have to unlock by increasing your guild level. You can increase your Guild level by doing magic research with other Guild members. The 6 guild skills are :

Guild Supporters are those guild members that have reached a User Level of 15 that can help you out in battle. Being a supporter yourself, you will also receive Guild rewards every time a member used your support. That’s all for the basic tips and tricks, if you find it difficult progressing in the game, you can always fall back to this ZIO and The Magic Scrolls Beginners Guide for help.

Related – ZIO and the Magic Scrolls: The complete Reroll guide and tips

Dislyte free codes and how to redeem them (May 2022) 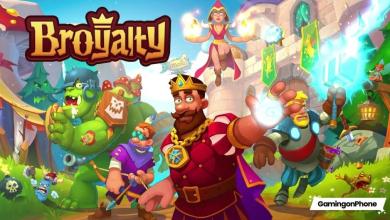