The announcement of PoE Mobile will have been an exciting one for mobile gamers and fans of Path of Exile alike. Whilst there is still content being released for the original game, and also a full sequel in the form of Path of Exile 2 also in the works, there is a lot to look forward to from Grinding Gear Games. The reveal has raised a lot of questions about we can expect to see from the upcoming game, so let’s take a look at what we know about Path of Exile Mobile release so far.

One massive sign of encouragement for fans is that the game’s developers have stated that they will be making the game in-house, as opposed to outsourcing the game as so many gaming companies have done before.

They appear to have showcased a lot of awareness of what can go wrong when it comes to making mobile games, which we will touch on a bit later. The purchase of a majority stake in Grinding Gear Games from Tencent does raise a few question marks against how the game will actually be developed. The company has been a hot topic of discussion over the past couple of years, so it will be interesting to see how it all plays out going forward.

Regardless of Tencent’s majority stake, there’s no reason to disbelieve the game developers, who are keen to avoid the massive setbacks that other mobile games tend to suffer from. With zero compromises being planned, we can expect something close the widely acclaimed PC and console versions. Whilst there are going to be some differences to the core gameplay, we can still at least look forward to something as close to that as possible when it does come out.

A year previous to the announcement of Path of Exile Mobile was the reveal of fellow ARPG mobile adaptation of Diablo Immortal at Blizzcon. With the fanbase yearning for an announcement for Diablo 4 instead (which has since been revealed) it caused a lot of ruckus amongst the game’s fanbase.

With Grinding Gear Games adamant that they want to avoid the trends that let such titles down, something that many fans feel will befall Diablo Immortal, PoE Mobile aims to be a game that will be a welcome addition to the ARPG scene on the handheld platform. It is very promising to hear that Grinding Gear Games are looking to avoid the likes of using microtransactions, such as buying PoE Currency and PoE trading, something that has been the bane of many gamers across a number of titles. So needless to say, I wouldn’t be expecting to see any pay-to-win elements when it does release.

When will Path of Exile Mobile release?

Sadly, there is no further news on when Path of Exile Mobile releases. Such news is rather sparse at the moment, as we await more details on the highly anticipated release. How it is going to be monetized also remains a mystery, though given what we have already discussed it isn’t likely that it is going to be too heavy on that side of things.

Still, even if we have to wait a little longer on the more concrete news that we are looking for, from what we have heard so far there is enough promise for us to want to keep our ears to the ground. How Poe Currency, PoE items, PoE Uniques and more will work and whether or not they will differ to the core game is something that will be a revelation to find out. There is a trailer to the game available for you to check out, but apart from that it’s going to be a case of wait and see for more news. With development underway, and a full sequel to the main game coming also, it’s an exciting time to be a fan of the widely popular action role-playing game.

This is what we know about Path of Exile Mobile. Let us know your opinion about the game in the comments section below! 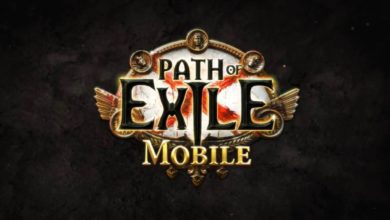 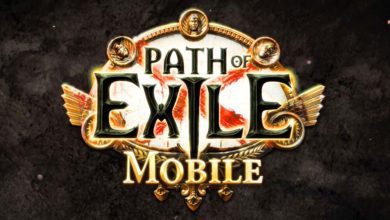 Path of Exile game is announced for Mobile