After a break last month, we’re back with the top 5 mobile game releases in July for you to try out in August. If you’re looking for fun titles to try out, we’ve brought together a list of the best new mobile games to play in August 2022. These games are in no particular order and are a mix of paid and free out on Android, iOS, or both.

Noah’s Heart is Archosaur Games’ sci-fi MMORPG that gained a lot of popularity before release and was a highly anticipated title. Players get to explore the beautiful open world of Noah and like any RPG, complete quests and battle it out with monsters. One of the highlights of the game is that it was developed on UE4 and is completely free to download.

Originally only on the Nintendo Switch, Spike Chunsoft’s Danganronpa S: Ultimate Summer Camp, a standalone RPG, has now been released on Android and iOS. It has two modes, Development (a board game-styled mode) and Battle, both of which would be quite enjoyable for any Danganronpa fan. The game does come with a price tag of $17.99.

Typoman Remastered was originally based on the game designed for the Wii-U. It is a fun little platformer that mixes the 2D platformer-style gameplay with puzzle solving. And as the name suggests, there’s a certain amount of wordplay involved, making it a pretty unique and interesting title that got a bit of attention when it first came out. In case you want to try it out, you would have to shell out a small sum of $6.99 although there’s a free trial for players to test it out first.

Chimeraland is Level Infinite’s free-to-play RPG where players can explore the mythologically inspired lands and come across various beautiful sceneries and dangerous yet majestic creatures. We explored an earlier build of the game in our review and interested players can download the title on Android and iOS.

To end this list off, we have Grimlight, a tactical gacha RPG set in the world of Phantasia with various characters inspired by other well-known fictional stories like Dracula, the Little Snow White, and even more. The game features quite a bit of combat and weapons along with fluid action and is a pretty good title for any RPG enthusiast.

What are your opinions on the Best Mobile games of August 2022 list? Do let us know in the comments section below! 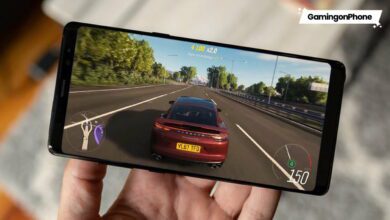