The numero uno free game on play store in India is neither PUBG Mobile nor Call of Duty: Mobile but the legendary game of ludo i.e. Ludo King. Moving the tokens on the rolls of a die, this game brought people together from all walks of life. Ludo King is a free board game and is one of the most downloaded games in the play store with an average rating of 4.2. Since its launch, this game has been downloaded more than 100 million times in India and this shows the popularity of the game among the masses. The game, which has 10 million daily active users is created by an Indian entrepreneur named Vikash Jaiswal.

In this article, we are going to discuss the 6 reasons why Ludo King is this much popular in India

In a fast-paced life when people don’t get time for themselves. Ludo King helps families to get together and enjoy the game which they used to play on boards. It is really interesting and joyful to play and that too without fear of cheating by any player as rolling of dice is random.

2. Up to 6 persons can play with individual dice

This feature allows flexibility to the players as they can add extra players or play in teams. It allows up to 6 individual players to play with 6 individual dice and that makes family members or friends sit together and relive childhood memories.

Unlike action or sports games like PUBG Mobile, COD, FIFA Mobile, Supercell Games, etc. Ludo King can be played by people from all age groups because of simple rules. It also has pleasant background music.

4. Flexibility to play anywhere and anytime

In a world where not a single person has the luxury of time and place. Ludo King makes life easier because it is played on the smartphone. People can play it during transit and/or during break time of college or office. It also helps people to actually kill their time as well as have a nostalgic feeling. Having a multiplayer option allows people to play with their friends and family.

The algorithm of Ludo King is such that it has nail-biting finishes. Since the game is based on rolling of dice and thereafter luck plays an important factor. This infuses excitement which matches that of the traditional board game. Thanks to its algorithm, it can also happen that the player most likely to win will end up losing. That gives every player the ray of hope of a win even if he or she had a bad start in the game.

Ludo King has different themes available for players and that adds aesthetic value to the game which traditional board games lacked. The themes will be unlocked only after completing different missions.

Whatever aspects kick-started the trend, there’s Ludo King to live. It binds along with people of all backgrounds and generations. The component that this game brings in anticipation, fun, stress, joy and entertainment keeps people captivated for hours. So, enjoy the moment that Ludo takes you in until we have a new heart racing and a tooth-dropping gameplay experience.

So what are your views regarding the success of Ludo King? Let us know in the comments below. If you want more quality content on Ludo king then don’t forget to follow us on Twitter and Facebook! 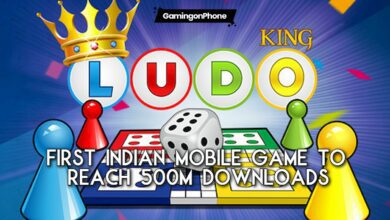 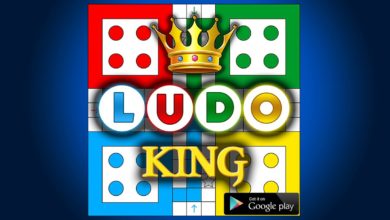 Ludo King loot on Amazon Gaming: How to get exclusive in-game themes