Stranger Things took the world by storm where the directors effortlessly combined science fiction with horror. This did not go unnoticed by Epic Games and after the release of chapter 2, the show got more popular. Epic Games introduced the Stranger Things skin in Fortnite in 2019 which did not go as intended and suffered backlash for not putting in enough effort. Recently leakers have been affirmative about the Fortnite x Stranger Things crossover and have shared a lot of leaks regarding the same.

Stranger Things skin launched in the store was of Demogorgon and Chief Hopper, both of them weren’t as appealing and received a good amount of criticism. Even though these skins weren’t liked by loopers and no one used these much, they remain one of the rarest items in the Fortnite shop.

Leaks suggest the arrival of Stranger Things skins in Fortnite

The leaks emerged after the v21.10 update which added a lot of in-game items Waffle Warrior to the game files and helped the leakers to connect it with the show, Stranger Things. In the show, the character named, Eleven is fond of Eggos Waffles. So the leakers speculate that maybe she would be added as an in-game skin before the release of Season 4.

Fans and leakers are having a thread of conversation about this whole concept of stranger things X Fortnite. Players are super excited from the leaks although nothing has been officially confirmed by Epic Games or Fortnite.

What are your thoughts about the leaks of the Fortnite x Stranger Things crossover? Let us know in the comments below! 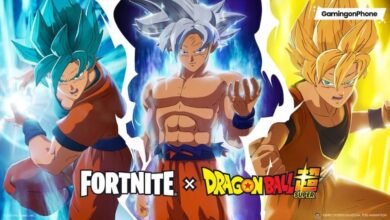