The next season of EA’s Madden NFL Mobile is launching on August 6th. EA has been releasing the patch notes (Gridiron notes) of the different changes and upgrades in the new season of Madden NFL Mobile, starting from last month. They have revealed details about the new app, gameplay, Master Series, OVRs, card arts and the competitive mode coming in the next season. In this article, we’ll discuss the complete Gridiron notes of the upcoming Madden NFL 21 mobile game. So let’s get started without any further ado.

How to prepare for Madden NFL 21 Mobile

More information regarding different aspects of the upcoming game was released in a total of 6 stages throughout the summer.

The core gameplay loop basically the loop in which you progress in the game. The previous versions of Madden NFL Mobile had a core loop consisting of:

So you had to play in-game events and matches to collect items and then your objective was to upgrade those items. That was the basic idea of each Madden Mobile event until now. But in the Madden NFL 21 Mobile Gridiron notes, EA revealed they are introducing two new things in the core loop, craft & trade and recycle. With that, the core gameplay loop in Madden NFL 21 Mobile will look like this:

According to the EA devs, ‘Craft & Trade‘ will give players more freedom for auctioning & trading in-game items or resources that they collect through various events.

‘Recycle’ will allow players to use items that stack up in the bench. Suppose you accidentally forget to use some packs or bundles at a particular time, with this new feature, you would be able to use it afterwards as well. Thus, it provides players with a new experience of moving on from items after a current program or promo ends.

EA announced in the Gridiron notes that the Madden Today map will also be updated in the next season. Other than XP, coins, there are some new points of interest added in the map to provide more events and possibilities for the players to help them build a better ultimate team. Here’s a sample map for you:

In this particular map, you can see latest additions like:

In these new points of interest, you can see different events grouped together. So that will allow smoother & easier navigation to promos, sets and other sections in the game. The events in Madden NFL 21 Mobile will also provide new types of collectibles, like Gridiron/Madden dust, positional emblems & set building pieces.

Sets in the new Madden Mobile game will have more variety than the previous versions, thanks to the updated core loop. Players will be able to craft & trade items for specific sets in and outside of ongoing programs. You can trade specific items you may have multiples of on the Auction House to acquire ones you may not have. This really seems to be an exciting feature coming in the next season!

While there will still be promo exclusive items or currencies, crafting & trading will provide more flexibility to sets. For example, you can craft a specific badge that is needed for a set using rewards you earn from Blitz events. Here’s a sample of how you can get a QB badge by liquidating other items:

As per EA’s Gridiron notes for Madden NFL 21 Mobile, Masters Series will continue to be the ‘backbone’ of the game. However, after last year’s Masters Series became confusing with the whole rivals thing, the designers decided to streamline the progression system for this season’s Masters Series. Some key information they revealed about it:

How will be player OVR/ Archetypes be chosen in Madden NFL 21 Mobile?

EA said that the game engineers work hard at the beginning of every season while importing the players from the console version. In the new season, the relationship between a player’s OVR and archetypes have been redefined. The OVR & archetypes have been structured based on how they actually play in the NFL, i.e. what positions and styles they play in.

The engineers have first looked at how a particular player performs inside each archetype’s style. Then they have put an OVR on top of the archetype instead of choosing the OVR first. Let’s look at the example of Tom Brady as a Field General & a Scrambling QB.

EA also said that the relationship between OVR & archetype will differ from player to player.

Art has always been an important part of EA’s games, whether it is FIFA Mobile or Madden Mobile. In this section of the Madden NFL 21 Mobile Gridiron notes, we’ll discuss the visual updates coming in the next season of Madden.

We’ve already discussed the updates in the Madden Today map and the new points of interest that have been added. The devs have redesigned the map for giving the players an easier navigational experience, as they can jump into different modes from the Madden Today map itself.

Players card art was something many of us had our eyes on, since the Madden Mobile 21 announcement. EA revealed the card arts for base, program base and program special players.

As you can see, Program Special Players (rare items) will be cutout, have unique and distinct backgrounds as well as exclusive nameplates. However, the designers have kept the card art for base players very standard.

Packs have been an integral part of EA’s games, be it console or mobile. The visual art of the packs has been updated in such a way that players can differentiate between the value of each pack by the pack art, unlike the previous versions. The packs have been redesigned in the same fashion as the player card arts.

There are some lineup boosters & reducers coming too, and their art will help the player easily understand how he/she can use it. As for position boosters, they will have the position name mentioned in them.

Competitive mode is going to be an important part of the new season, as EA announced in their Madden NFL 21 Mobile Gridiron notes that the fastest way to boost your team will be through competitive modes. The competitive mode will consist of three different gaming modes:

Though the game designers said that Arena will have many similar features as previous seasons like rewards and leaderboard. However, a massive change is that Draft Tournaments will return under Arena in Madden Mobile next season, in a bi-weekly format. Players will be able to compete against one another in these tournaments, drafting a fresh team with the best bunch of Madden NFL 21 Mobile players.

Overdrive will no longer have a competitive edge, as there won’t be any bi-weekly rewards or leaderboards. It will become a completely optional mode. However, scoring format will be changed from time to time to keep things fresh.

Captains will be removed, it will be purely coaches and a selectable scheme in the new Overdrive mode. Thus, players won’t have to replace any current players on their roster with a captain. About the coaches, the designers revealed that under the “fast to fun” movement, players won’t have to upgrade or unlock their coaches as everything would be accessible immediately.

Two new currencies will be introduced named Tablets and Battery Packs respectively. With those currencies, you can unlock and purchase Boosts for your players.

You can now pre-register for the Madden NFL 21 Mobile app for both Android & iOS from Google Play Store & Apple App Store respectively. Pre-register now to get notified when the new app goes live on August 6th!

That’s all from today’s complete Gridiron notes for the upcoming Madden NFL 21 Mobile. EA is yet to announce more details regarding the game in the near future. We’ll update this space as soon as EA reveal anything more, so stay tuned! If you want to know more information about the game, you can join their discord server. See you in the next season!

Check out our other Madden Mobile articles

What are your thoughts about Madden NFL Mobile 21? Let us know in the comment section below! Read our other Madden Mobile articles here. 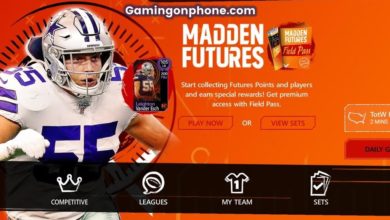 Madden Mobile Madden Futures Field Pass: Is the grind worth it? 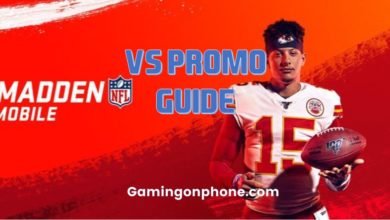 Madden Mobile 20 Versus Promo Guide: How to claim the Masters F2P