TikTok maker ByteDance is in the news again but this time it’s for their entry into the gaming arena. This time it’s regarding one of the biggest acquisitions of the year in which Mobile Legends Bang Bang developer Moonton is acquired by ByteDance.

The acquisition values the Mobile Legends developer at $4 billion, reports Reuters. The experts are of the opinion that this acquisition will massively help ByteDance to make inroads into the video games business.

About Bytedance’s acquisition of Moonton

The acquisition was done through Nuverse, the video game unit of ByteDance which it acquired in 2017. Tencent also offered to acquire Moonton but the deal offered by ByteDance was irresistible reports Reuters. It’s interesting to note that Moonton was founded by Justin Yuan, an ex-Tencent employee in 2014. This shows the level Moonton has achieved in a very short period, though the terms of the acquisition are yet unknown.

The multiplayer online battle arena, MLBB is very popular among competitive mobile gamers in parts of Asia. It had a growing esports scene in India but things derailed after the Indian government decided to ban Mobile Legends in 2020. It was said that the app was prejudicial to the sovereignty, integrity, security of the state, and public order. Even after various efforts from the developers, Mobile Legends wasn’t unbanned in the country.

The acquisition implies that ByteDance now has a MOBA game under its ambit and they are now in direct competition with the gaming giant Tencent. Since 2018, Bytedance has acquired 11 game companies, six of which were full acquisitions. The acquired asset and talents were then incorporated into Bytedance’s gaming studios. It will be interesting to observe the future of the gaming domain as Mobile Legends developer is acquired by ByteDance.

What are your views on the acquisition of Mobile Legends developer by ByteDance? Let us know in the comments below.

Mobile Legends x Neymar Jr collaboration: How to get the free skins and exclusive resources 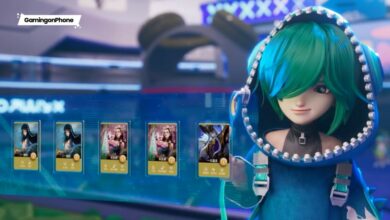