Pokémon Unite, the MOBA developed by TiMi Studios and published by Tencent in partnership with The Pokémon Company, is intended to have a release for Android, iOS, and Nintendo Switch next year and Tencent will roll out the first Closed Beta in January 2021, they have announced. The first Closed Beta will exclusively be available in China, with global Beta tests set to be rolled out in the future. The game was first announced in a Pokémon presents presentation on June 24, 2020.

The announcement of Pokémon Unite got a mixed reaction. However, the positive ones were clearly outnumbered by the negative reactions. The announcement video became the most disliked video of The Pokémon Company’s youtube channel in no time.

They had to take it down and re-upload it in order to get rid of the humongous number of dislikes. The involvement of Chinese company Tencent was a reason for discontentment. Another reason was, when a new Pokémon game was teased most fans believed it to be a proper RPG model game, they were not expecting a MOBA game which is basically a spin-off of with a mobile release.

How to become a Pokémon Unite Closed Beta tester

Tencent is going to release a Closed Beta in January 2021 for Pokémon Unite. This beta version is Android exclusive. So, having an android phone is a must. You would also need a Tencent QQ account. You can apply for the beta version by filling out a questionnaire with your QQ account. However, this beta release is only for the Chinese market although we can expect other overseas releases in the near future. You can apply for it by scanning the QR code given in the following picture if you fit the criteria.

Considering the involvement of Tencent and TiMi, it was safe to assume that the Chinese market would have the first go at the release of this game.

In the picture, we can see Garchomp, who was previously unannounced. This specific character is a very popular one. We can make a hunch that more surprises are waiting to be unravelled. So don’t get upset if you’re not from China, a global release is just a matter of time now. We’ll keep you updated!

Are you excited as Pokémon Unite is set to roll out its first Closed Beta in January 2021? Let us know your opinions in the comments section below! 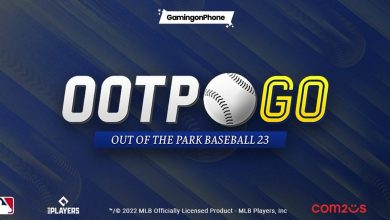