Rainbow Six Mobile, Ubisoft’s mobile version of the extremely popular PC and console game, Rainbow Six Siege, is now available for pre-registration from Android users on the Google Play Store. The game has been in the pipeline for 3 years and even had a closed alpha test back in April of this year, not too long after being announced. Recently Ubisoft announced Rainbow Six Mobile will be having its first close beta test this coming fall.

The game’s Alpha version seemed to look pretty good and it looked like the game was quite close to being complete (or at least suitable for a global release with some additions). It could be possible that now Ubisoft could be preparing to roll it out so that we finally would have a new AAA title. Nevertheless, the game’s closed beta is announced this year on Android with the devs working on an iOS version as well.

All had been quiet on the website of the game since the alpha and Twitter updates have been sparse and haven’t hinted at anything big yet, aside from the latest tweet which mentions that they might have some upcoming announcements that players shouldn’t miss.

In case you aren’t in the loop though and missed the original announcement, then you might not know what Rainbow Six Mobile exactly is. The game is based on Rainbow Six Siege and is a tactical 5v5 shooter where players take the roles of different operators and their tactical skills are put to the test.

The game is being developed by Ubisoft themselves and seems to be a full-blown recreation of the original, just scaled down to work on mobile devices. It was one of the most exciting announcements of this year and really gave mobile gamers something to look forward to. Interested players can sign up on Google Play, on Android right now with the closed beta just around the corner. There might be good news in store iOS players as well with pre-registering going on the game’s official website.

Are you excited about the pre-registration for Rainbow Six Mobile on Android? Let us know in the comments below! 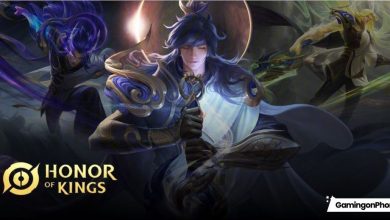