The renowned arcade game Streets of Rage 4, which was ported to mobile devices by Playdigious, has announced that the multiplayer mode has been included in its September 2022 update which has now been released. By utilizing nothing but your fists and talents to save the residents on the streets of Wood Oak City, this update will let you play with pals online.

Play as Axel, Blaze, Adam, or their pals to eliminate the new threat threatening Wood Oak City as a group while exploring or rediscovering the entire Streets of Rage 4 campaign. In narrative mode, pick your team carefully and combine the strengths of your favorite heroes to beat the syndicate! Up to two players can access the multiplayer update online. Here are the key features of the Multiplayer mode coming to Street of Rage 4:

With new battle mechanics, rediscover the classic beat’em up Streets of Rage franchise. The company behind Wonder Boy: The Dragon’s Trap serves players juicy animations and colorful FX in a retro hand-drawn comics-inspired aesthetic approach. To restore order to the streets, players unlock up to 5 new and iconic playable characters and battle their way through 12 different stages.

Are you excited as the Multiplayer mode arrives in Streets of Rage 4 September 2022 update? Let us know in the comments below! 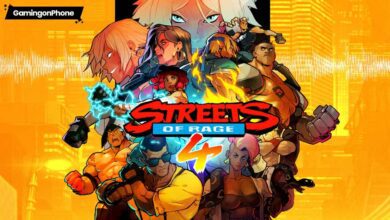 Streets of Rage 4 is set for global release in May 2022, now available for pre-registration