The 2nd edition of PUBG Mobile Global Championship and the 5th overall edition of the world championship in PUBG Mobile concluded yesterday yielding the almighty Nova Esports as champions for the second year running. The defending champions put in an amazing show of perseverance and determination and successfully defended their title of the world’s best team. Here we will look at 5 reasons as to why Nova has played as good as they did.

Nova came into the tournament having the most qualification points from the China region along with STE (Six Two Eight) and TJB. As the defending champions, they were shouldering high expectations. Despite a strong start at second place in the first week of league play, their gameplay dwindled and eventually failed to qualify into the second Super Weekend of league play, and Nova got placed in a very precarious situation to qualify into the league finals.

They made it into the 3rd Super Weekend but even then they showed a string of bad performances and almost failed to qualify into league finals, finishing at 16th, the last allotted slot. But going into the league finals, from where top 9 teams would qualify, it was as if the Nova everyone knew was back.

After putting up an impressive performance, Nova finished 4th place, thus earning their ticket into the Grand Finals of the tournament. Showing the best of themselves and crushing every team on their way to the trophy, Nova truly was a force to reckon with, especially the “CQC God” Nova Order who went on a rampant run annihilating everyone in sight, aided by Paraboy while IGL Jimmy and King held the backline. The 5 reasons are:

The IGL of Nova, Xu “Jimmy” Yeonjun is rightly considered by most to be the best IGL (in-game leader) in the competitive scene of PUBG Mobile esports, with multiple titles under his name including 2 Global Championships, 2 PECs, PELs, and runner up in PMCO 2019 Spring Split.

Despite having the two best players in the world in his team, Order, and Paraboy, it has been proven that Jimmy holds the team together. Not the strongest player, but his uncanny ability to always make it into the late circles and play his best cars makes him an irreplaceable asset to the team.

He also has the most trophies won as an IGL, a further testament to his abilities. So, Jimmy is definitely the key factor of Nova Esports becoming back-to-back global champions in the PUBG Mobile esports scene.

This year, in the Fall PMPL, global PUBG Mobile adopted the hardcore mode for the first time and PMGC is only the second global tournament to feature it. Hardcore mode basically means playing with aim assist and all audio cues turned off, depending solely on the player’s senses and reflex to spot and kill enemies. In China, where Nova plays in PEL, the hardcore mode has been adopted in 2020, thus giving them an edge over other teams when it comes to playing the hard way.

As it can be seen, Nova even dominated the individual categories. Order got the most kills by a wide margin. He got 46 kills while second-placed Paraboy, his teammate got 30 kills. Order probably produced the best solo performance in a competitive PUBG Mobile stage ever on the second day of the finals, racking up 25 kills in 6 matches with a K/D ratio of 5.

It was as if no player or team could touch the frontman who was having a dream run. Supported by Paraboy, known as the best player in the world besides Order, and the best long-range player, the duo wreaked havoc for the enemies. Together they accounted for more kills than most of the other teams combined. This statement performance was crucial to winning the trophy.

Nova’s playstyle revolves around a very calculative approach while taking fights. Only taking fights which are necessary that is. Teams like GodLike and Alpha7 depend on their super aggressive playstyle to gather early kill points which is very ill-suited for a stage like PMGC where every team is strong enough to fend off rushes. There are also teams like Nigma Galaxy who are so passive to the point that they aim to get placement points without getting kills if that’s what matters.

But Nova, on the other hand, showed every sign of s strategically sound team and ended up getting the most kills as well as placement points. With each of their player able to survive till the last man or even clutch against multiple opponents, they achieved a perfect blend of both playstyles and adopted it as their own.

Being the best team in the world never comes without a cost. The Chinese region has always been known for having the most hardworking players and Nova is the epitome of that. PMGC 2021 was the first TPP global tournament they played since the last PMGC 2020 with a whole year gap in-between. All while the other teams constantly played TPP and became better.

At a point, Nova players were playing their official PEL matches while also playing PMGC scrims for hours. They got only 1 day of preparation for PMGC after PEL ended which is played in FPP. Despite the difficulties they persevered and got the fruit of their labor. Their discipline is commendable as well. Even when they were ahead by an unattainable margin and had secured the trophy, they played a respectful game without going what some call “YOLO” mode, which is going full send and clash with other teams for fun. But Nova isn’t one to do that owing to their professionalism.

Nova has been making history being the highest-earning team ever in PUBG history, even surpassing team GenG from PUBG PC. With esports earnings now surpassing a whopping $5,000,000, Nova has cemented their legacy in the history of mobile esports. Paraboy has about a million dollars in earnings while Jimmy and Order have $900k+ in earnings. This is excluding brand deals and other payments. They’re also the most decorated team and has won every possible official trophy available except PMCO, where they placed second. Thus, we can only hope that they expand their legacy even more and have an even better future ahead.

What are your thoughts on this back to back success of Nova Esports in the global esports scene of PUBG Mobile and becoming the PMGC Champions? Do let us know in the comments! 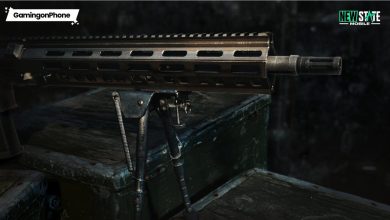 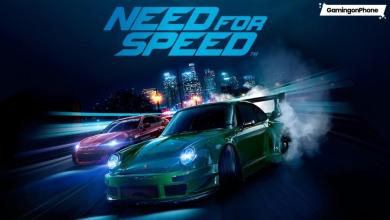