With the recent revamp of cards in Clash Royale, Golem decks made their way back into the meta. Needless to say, the final triple elixir minute in overtime proved to be an indirect buff to Beatdown decks. In the December update, Clash Royale introduced Battle Healer, a 4 elixir mini tank with a healing ability that affects her and the troops around her. Due to the Card Boost feature, she was tested in a variety of archetypes. Today, we’re going to talk about the synergy between Battle Healer and Golem Beatdown. Starting with an overview of each card and its role, we’ll then move on to the general game plan for the Golem Battle Healer deck.

Archers are a 3 elixir ranged troop. Being such a versatile card overall, they prove to be very effective in this deck. Their main use is to kill swarms and act as a support troop. You want to save your arrows for offensive pushes, and thus archers should be mainly used on defense. I advise not to split archers in the back as a starting play unless the opponent does the same. If the opponent plays a support troop in the back, play your achers same lane behind the king tower. This might fool your opponent into thinking that you’re running a cycle deck and thus use their spell on them.

With the recent rework, arrows received they now sit at a 17% use and a 50% win rate. They can be now seen in most archetypes and Beatdown is no exception. Arrows should be mainly used for offensive purposes, but can also be effective against Graveyard and Goblin Barrel.

Baby Dragon is the go-to splash card to pair with Golem. Avoid placing it behind your princess tower against bait decks, because the opponent will most likely use a rocket to take him down, despite the negative elixir trade.

Many voices in the community call the Battle Healer an overpowered card. Her ability to heal the troops in her close proximity pairs very well with the Night Witch and cancels the effects of Poison. In double elixir time, your main offensive push should be Golem-Night Witch-Battle Healer.

Unlike the other cards in this deck, Dark Prince can act as a punish card if your opponent over-commits either on defense or offense. He is probably the best defensive card in this deck as well since it can stop most mini tanks with the help of your Princess Tower. In double elixir time, he should be used to form counter pushes or used to put pressure on the opposite lane if a Golem push is already in progress.

Golem is your only win condition so you should use it wisely. As a rule of thumb, Golem should be used mainly in double elixir time. He can be used in single elixir time, only if your opponent over-committed on a push early on, or if he plays a tank live Lava Hound or Giant in the back.

Be careful not to use Lightning early on in the match. This big spell can make the difference between a win and a loss. It should be primarily used to take out ranged attackers like musketeer or wizard. In combination with arrows, it can take down even an executioner.

The go-to tank support card for Golem. Although she should be mainly used for offense, she also proves effective on defense against Bridge Spam cards like Bandit or Battle Ram.

Passivity and defense are your best friends in single elixir time. The deck has a 4.5 elixir cost, so you shouldn’t make the first move since you’re going to be at an advantage once double elixir starts.

Try mirroring your opponent’s moves and deduce what deck he might be running. If you’re going against another Golem player, make sure to save your spells for his offensive pushes.

Once double elixir starts, do not rush to play Golem in the back. Ideally, you’d want to play night witch in the back and place the Golem a tile to the left of the corner of your Princess Tower in order to block the Night Witch and prevent her from going in front.

As I’ve previously said, Dark Prince and Archers should be used to defend whatever your opponent will be throwing at you to prevent you from forming a monster Golem push. Night Witch and Battle Healer is perhaps the best combo in this deck. Pair that with a Baby Dragon in the far back to deny spell value, and you’ve got yourself a solid push. 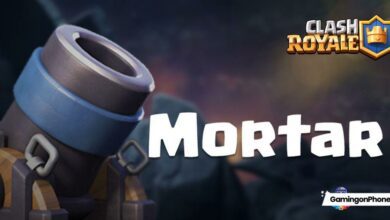 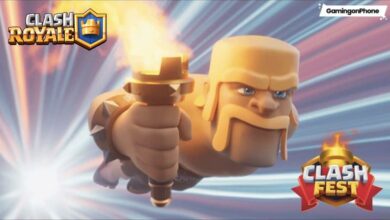 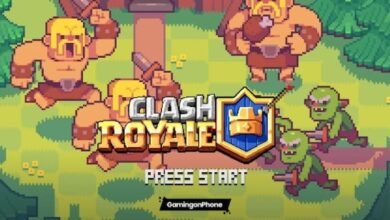 Clash Royale Season 38: Clash from the Past brings the Arcade tower skin and balance changes