A new cookie, ie the Cream Unicorn Cookie has been released in the Cookie Run: Kingdom. They’re available in their own featured gacha banner, and players get an increased chance of getting this mythical cookie for a limited time. The banner runs for 32 days, so you can get the new cookie from there until August 30, 2022 (+9:00 GMT). If you’re lucky, you can get them from the normal banner too, and Soulstones for them might pop up in the Arena Medal Shop as well as the Rainbow Shell Gallery from time to time.

If you want to get Cream Unicorn Cookie, this is your best chance, since they won’t be available in the Mileage Shop for at least an update or two. If you have a lot of crystals saved up, try getting multiple copies of them in the featured banner so you can get some promotion rewards for them in a few weeks.

Cream Unicorn Cookie is a Healer class cookie. They’re very suitable for Arena since they have a buff that reduces the CRIT DMG received by allies. Additionally, they provide a “Silence” debuff towards the enemy team. The debuff makes them pause momentarily and freezes their skill cooldown. Afterward, they summon butterflies that heal the whole team, which is healed in proportion to the amount of damage their allies have taken. Afterward, the whole group gets a DMG Resist buff.

Since Cream Unicorn is a healer and is always positioned at the rear of the team, Vampire Cookie is a good counter for them. Another single-target cookie that targets the rear is Red Velvet Cookie, although he’s not as used in Arena at the moment since Vampire Cookie is more versatile.

Most of the time, Cream Unicorn Cookie uses either Swift Chocolate or Whole Almonds.

A full Swift Chocolate topping set on Cream Unicorn Cookie lets them use their skills as frequently as possible. If you’re planning on using this set for them, you’ll want to get as much DMG Resist as you can. It’s recommended to get at least 25% DMG Resist so they can tank some of Vampire Cookie’s hits. You may also opt for some cooldown, ATK, and CRIT subs on them, but the DMG Resist is the main priority.

For a more defensive build, you can also use Whole Almonds. Like Swift Chocolate, you should try to get as much DMG Resist as possible on their build. A full Whole Almonds set provides 20.5% DMG Resist, and an additional 5% from the “set effect” bonus, totaling up to 25.5%. Since the maximum DMG Resist, you can get from toppings substats is 6%, in theory, you can have 50.5% DMG Resist on them.

Still, the best you can usually do is in the 45% to 49%, since it’s hard to get good topping substats. Since this isn’t a Swift Chocolate set, Cream Unicorn would do their attacks a lot less frequently. Try to get good cooldown substats to compensate for the less frequent healing!

Here are the substats that are good to focus on:

DMG Resist and CRIT Resist are useful in the arena. ATK Speed is also recommended because they have a slow skill effect time, so a bunch of ATK Speed substats and the usage of Librarian’s Enchanted Robes would help Cream Unicorn do their skill faster.

While Searing Raspberries and Juicy Apple Jellies are great toppings, they are not suitable for Cream Unicorn Cookie, especially since their main healing skill doesn’t scale from ATK or CRIT.

What is your opinion on the Cookie Run: Kingdom Cream Unicorn Cookie guide? Let us know in the comments below. 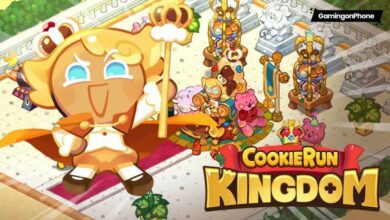 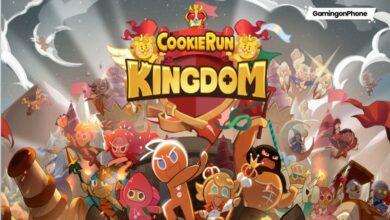 Cookie Run: Kingdom free codes and how to redeem them (September 2022)