Packed with adventure, neon skylines, character portrayal, and skill performance, Cyberika offers a great role-playing as well as action-adventure experience to the player. This game is developed by Kefir! which has summed up over 250 Million players since 2009. It offers to its players multiple more games like Last Day On Earth, Grim Soul, and Frostborn: Action RPG, all of which have crossed the mark of Million downloads. Here in this beginners guide, we will share the tips, tricks, and strategies that will guide a player throughout the game journey of Cyberika.

Getting into the role

As the gamer enters the world of Cyberika by signing up, they are meant to be shaped in a character living in 2028, California, Cyberika which is a place that has lost its control to corporations. Lived for 5 years working for corporations until one day shot in the head, though which was controlled by inserting a chip that was made by Makhana Biotech. But it was experimental, as a result within a month went out of order and even the corporation went missing in every sphere, being bankrupt. Heading towards the city of Bradbury Complex in order to search for the scientists to get the chip out.

Once the player is all-set with the appearance, gender as well as the dress-up of the character, they commence with the earliest mission in the game, the chip in the head seems to give a terrible pain, and the only solution available is to place it in a computer, resultant of which headache reveals and appears in front of the gamer as a fictitious character which claims that someone made false news against his organization, making him fall into trouble and even he’s a resident of the player’s so-called chip brain. The task offered to the player here is to find out the person who made up this borehole against him. These are the tasks up in front of the player which will guide eventually to the real destination.

Keeping the gamer notified about the recent in-game update made last May. Following present the pointers about the update:

Getting started with the game

Being a beginner, the player is just made to target at an aim of survival at which the player becomes skilled after a few death, misspent attempts, and some careless actions which are frequently being an early-bird. Other than this, the player must be known about the features and controls which are to be used in day-to-day gaming.

The driving is the most in-hand and most frequently used feature by the player in completion of the mission, visiting of sites, or making a back ride to the original space. Here, the autopilot mode allows the player to let the system drive and reach the destination safely and without a barrier.

Just in the case the player wants to relive the experience of car racing or just riding as that in the miniature games, they can get take the steering at their hand. The players are also provided with the option to skip this riding experience by paying a defined amount for it.

Getting the challengers, missions, and the tasks, moving to Downtown the player can also opt for multiplayer where they can attack, raid, strike as well as wars but the element of communication with the fellow participants misses here.

The player gets loads of attempts in order to get the valuables, which can be from Trash, ATMs, or the person the player has just defeated. Collectables can be in the form of painkillers, bandages, guns, tapes, etc, which can be proved useful for and after a fight.

Not just made for a two-hand fight but this platform also offers to players to use a but piece of thinking ability also where they are made to decode, basic working strategy on the computer, etc for which the basic instructions are provided to the player.

Cyberika as a game can be pretty hard for new players, but don’t worry we have got you covered. Here are some of our tips and tricks on how to progress in the game easily as an amateur in the initial stages of the game.

The player is provided to collect some items at each and every phase of the mission whose collection needs a strategy, in order to get the correct and most useful one in hand. The storage limit is not unlimited but increases with a pace. The player needs to understand the need as well as the uses of the items collected, for getting the proper analysis of storage.

2. Wage wars but only when necessary

Wars, at certain times, do not really place the need for weapons but increasing with the pace of the game, the difficulty level of the brawls also goes up. This requires the player to opt for weapons like arm guns which are likely to get damaged over time and for the repair task completion, the player is made to use their collectibles.

In the Bradbury Store, there is an area of Hacked Vending Machine, where the player can find free rewards every 24hrs. The player needs to keep a check on the section since the game doesn’t notify the player about the rewards.

The map present in the top right corner of the player’s screen presents as the most powerful guide of the player as it presents to the player the places where they can get collectible, find the enemies to get a war with, and also the sites that the player needs to visit to accomplish the tasks.

5. Take your pills from time to time

Character the player is playing has a chip intact in the head which often seems to give unbearable pain, for which the game provides healing items like pills that are worthy collectibles. As mentioned before, the storage needs a proper analysis for which sometimes it is mindful to not just keep collecting the collectibles but sometimes dropping the one which is unnecessary.

Go ahead and give it a try and if you are finding trouble, don’t hesitate to fall back to this Cyberika Beginners Guide for tips!

Related – Cyberika review: Experience the world of Cyberpunk on your mobile

Did you find our Cyberika beginners guide and tips useful? Do let us know in the comments below! 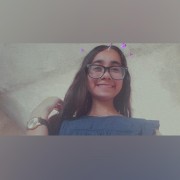