Age is a key feature to consider when you look to manage your players. Whilst the older players provide experience and leadership, the youth players are what you should be focusing on most. These will be the players representing your badge in the future. You must build them to their absolute best. Here is a list of 10 cheap, promising Wonderkids whom you can sign for this purpose in Football Manager 2021 Mobile.

Wonderkids whom you can sign for cheap in FM 2021 Mobile

Clearly tagged as a wonder-kid, Vandervoordt is a very promising GK at only 18 years old. Most keepers hit their prime at around the 25-30 mark, so this lad has a long career ahead of him. Despite his young age, Vandervoordt has some great stats. KRC Genk is asking for only £3 million, which should be a bargain price.

Another promising GK comes in the form of the Atletico Madrid B team’s hot prospect, Alejandro Iturbe. At only 16 years old, Iturbe is still very young yet showing great potential. The Spaniard has a value of a mere £2 million, the cheapest on this list of Wonderkids you can sign for cheap in Football Manager 2021 Mobile, and his wages sit at only £350. Before using him in your main squad, you should probably loan him out first so that you can manage his progress easier.

The RB Leipzig center-half has a value of £12 million, which is a little on the expensive side. However, at only 18 years of age, the Croatian is showing some great potential. In the first season of your career, he will be on loan at Dinamo, so it could be useful to keep an eye on his progress and try for a potential move the next season.

Roma’s back-up full-back, Calafiori, sits at 18 years old with a value of just £6.25 million. He already possesses some impressive stats and can adapt to many positions on the left side of the pitch. So to get the best out of him, all he needs is some good playing time. It shouldn’t be too difficult to draw the Italian away from his club if you have the financial backing to do so.

Definitely, one of the more expensive players on the list, as the Englishman is valued at a whopping £24.5 million. He is showing great potential at 19 years old, while already possessing some very good stats, which makes him get into this list of cheap Wonderkids in Football Manager 2021 Mobile. However, it will be quite difficult to draw the Brighton Wonderkid away from his club since he has already built up a strong reputation in the starting XI. If you have the money, he is definitely worth a go.

The Belgian defensive midfielder is valued at £3.5 million by the Belgian club, Anderlecht. At 18 years old, he is quite promising. He can be played both deep in midfield and in defense, but you could also train him to play a more central role as well. He is simply in need of decent playing time to allow him to develop further.

The Danish youngster is valued at only £3.2 million at 18 years old. He is definitely one of the hidden gems in the game as he already possesses brilliant stats. He just isn’t getting enough playing time, since he is classed as a back-up option for FC Kobenhavn. However, it is advised to be quick if you are willing to sign this player, in a few seasons team, he should be wanted by a lot of big European clubs.

The Frenchman is a little on the expensive side, sitting at £11 million at 17 years old, but due to his amazing potential at a young age, he finds himself as one of the best Wonderkids in Football Manager 2021 Mobile whom you can get for cheap. He is two-footed and can play almost anywhere in attack. His versatility, matched with his potential fulfills that price tag very well.

The Ghanian attacker is only 17 years old yet has a value of £4.4 million. He is ranked quite highly in the Sassuolo squad. It shouldn’t be too much of a problem obtaining his services. Although it is recommended to send him off on loan for a while to manage his progress better.

Here is the most expensive player on this list of cheap Wonderkids in Football Manager 2021 Mobile. He is valued at £29.5 million, and also the oldest (20 years old), but he is also one of the best in his position. He is showing some great stats and some very good potential. Real San Sebastian has established the Swede in the first team, so it will be difficult to draw him away unless you present a decent pack of money.

What do you think about our list of Wonderkids who are available for cheap in Football Manager 2021 Mobile? Did we miss out on someone? Let us know your opinions about this article in the comments section below! 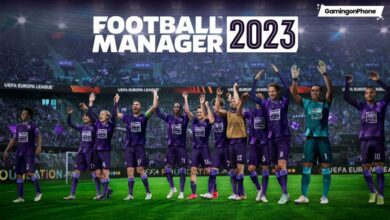 Football Manager 2023 will release on multiple platforms this November 8th, 2022 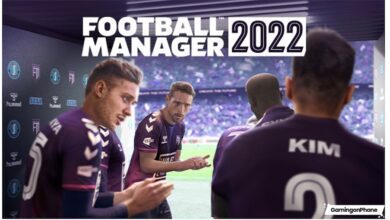 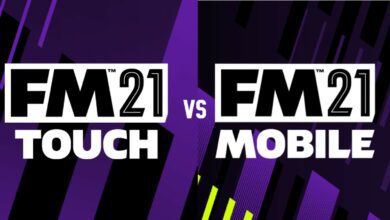