We are already passed through the three-fourth of the season, ups and downs on the league table as slowed down, teams are trying to focus on their league table position to qualify for the various tournaments and to avoid relegation. After the end of FPL 2021/22 Gameweek 30, there has been a lot of share of points with the premium assets delivering huge points. Apart from the popular picks, there are quite a number of players, who have impressed over the weekend with points and underlying stats. The onset of good fixtures along with their form can really turn them into good replacements for the underperforming assets of the fantasy team. All the managers are trying to stabilize their teams with suitable options before the price hikes. In this FPL Gameweek 31 Watchlist 2021/22, we will be looking at 5 Fantasy players, who could become future transfer targets, carrying their good run.

The watch list is back to identify players who’ve caught the eye based on recent performances and upcoming fixtures. Gameweek 31 possesses a unique threat with only two teams namely, Burnely and Everton having double gameweek and few teams are enjoying their good run of fixtures. So, here are a few suggestions for your consideration.

Its slim pickings for players with two fixtures in gameweek 31 as two out-of-form sides Burnley and Everton go head-to-head. The Clarets have suffered three straight defeats conceding eight goals and scoring none.

But Everton has scored just once in their last five matches with Alex Iwobi will be finding a last-minute win against Newcastle in gameweek 29. Since the turn of the year, both sides rank among the bottom three teams for goals and expected goals per game

Burnley has kept four clean sheets in 11 matches with only Man City and Liverpool managing more. For those of us without any chips remaining James Tarkowski or Nick Pope could be a handy investment with a second double gameweek scheduled to give them five matches in the next three games and they’ve also got a trip to Aston Villa to slot in before the end of the season.

Robertson has helped Liverpool to secure 3 vital points at Emirates Stadium by one assist and bagging 3 bonus points for him for a double-digit haul of 12. The Scottish left-back has not blanked since gameweek 22 except in gameweek 26 against Norwich he didn’t play.

During his last 8 matches, he has an average of 9.1 FPL points per game (Total 73) with 4 double-digit FPL scores. In that time Robertson has kept 7 clean sheets and provided 6 assists with an expected assist figure of 0.24 (xA) per 90.

During this abovementioned spell, Liverpool has not dropped a single point and Robertson contributed with 5 big chances, delivered a total of 31 crosses, and has an average of 7.8 progressive carries per game. The Red will host Watford at Anfield on gameweek 31 followed by Manchester teams, Everton, and Newcastle in their next five gameweeks with 1 game in hand against Aston Villa.

An unused sub in Chelsea’s FA Cup win over Middlesbrough on Saturday (last week) in-form Kai Havertz looks to have firmly secured a starting place in the Premier League. Making four consecutive starts since gameweek 26 the german has amassed 4 goals and an assist to average 8.8 points per game.

His tally of 8 shots on target in that time trails only to Heung-Min Son and Mo Salah amongst midfielders while only Sadio Mane, Heung-Min Son, and Mo Salah have been afforded more big chances than he’s full. No teammate has attempted as many shots, taken as many touches in the opposition penalty box, or produced an expected goals figure as high as his 1.99.

Chelsea‘s remaining fixtures can help have Havertz maintain a strong end to the season starting with Brentford at home in gameweek 31 a side that is without a clean sheet in their last 12 matches on the road. The Blues are set for two double game weeks in the final eight rounds with ties against Leicester and Leeds to be rescheduled.

Dejan Kulusevski and James Ward-Prowse are the only midfielders able to better his tally of 4 big chances created in that time while his total of 7 big chance involvements only narrowly trails big hitters Bruno Fernandes and Cristiano Ronaldo amongst teammates, each with 9.

No Manchester United player has taken as many as Sancho’s 42 touches in the opposition penalty box meanwhile. With 2 of his 3 goals this season coming on the road against Chelsea and Manchester City he could once again find joy on the counter at Anfield in double gameweek 33. That fixture falls after home ties with Leicester and Norwich and a trip to Everton.

Although Everton is fighting the relegation battle, Anthony Gordon is one of the stand-out players on the squad. The Englishman has collected a total of 25 points in his last six matches and started all of them. During that spell, he has landed 11 shots keeping 6 on target with a non-penalty expected goals figure of 0.11 (xG) per 90 and provided 1 assist creating 12 fair chances. Gordon has an average of 6.1 progressive carries per 90 and a cross-delivering rate of 2.4 per 90.

Everton has won their last match against Newcastle and double gameweek 31, against West Ham and Burnley, both away from home followed by Manchester United and further two matches against Crystal Palace and Watford, are yet to reschedule. Apart from this Gordon’s low price (4.5m) and partial corner duty adds huge value to his tally.

What are your thoughts on the FPL Gameweek 31 Watchlist 2021/22? Drop your comments in the comments section below! 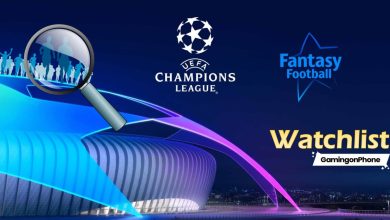 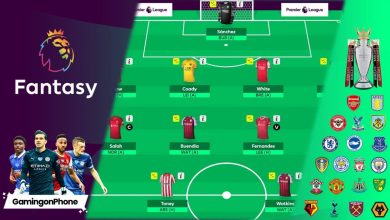