Genshin Impact 2.1 update has introduced a new boss called La Signora. During the Archon quest, players will once again meet La Signora. She is a powerful Fatui Harbinger. Players need to understand her skills to find out her strong and weak points to counter her. This guide will explain all players need to learn all about the skills of La Signora Boss in Genshin Impact and how to defeat her.

La Signora is also called The Fair Lady, because of her gorgeous dress and Fatui mask. She could defeat one of the seven Archons Venti, it means that her power is insane. La Signora becomes one of the most dangerous bosses in Genshin Impact.

How to Beat La Signora and her skills

La Signora stays inside the Cryo shield to release ice slashes with sharp ice knives and arrows towards players. She also creates a shower of ice arrows in the area of characters to cause Cryo DMG. The boss jumps and lands behind your character to attack suddenly.

When her HP bar decreases by 80%, this boss turns into a big Ice root. It drops ice balls and releases dangerous ice creepers. At this time, Signora will have a Cryo Resistance of 50%. Therefore, one must use Electo and Pyro attacks to deal damage effectively.

After breaking the Ice root, she will respawn as pyro boss with a long Pyro whip. She will relentlessly rain heavy-ranged attacks on the player and use her fir whip to deal melee Pyro damage. When she reaches around 25% HP, she will turn into a flaming tornado and rampage around the room.

She will also send out small whirlwinds of fire as well. To avoid this attack, players should stand in one of the arena’s corners while evading the small tornado and the trick is to say close beside her to bait her whip attack. Finally, La Signora will release a charged blazing meteor attack. Players have a chance to close the distance and finish off the last of her HP.

Did you like our guide on the ways to defeat La Signora Boss in Genshin Impact? Let us know in the comments below. 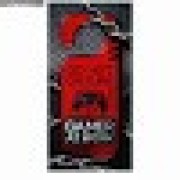