Harvest Town has slowly and gradually turned into one of the highest-ranking Agriculture simulators and we honestly aren’t shocked. Of all the millions of things to be done in this game, the Occult Cave is the most peculiar and worth spending your time on. Today, we have the Harvest Town Occult Cave Complete Guide along with Answers to all the Snake Questions.

What is the Occult Cave in Harvest Town

As the name says it’s a cave that is filled with amazing loot and resources that will help you progress in the game in a lot more comfortable way. The cave unlocks when you reach Manor level 20.

With stuff ranging from food for you and your pets to armor and weapons for battles, this cave is the topmost priority to master if you want an upper hand in the game.

Levels in the Occult cave

At the beta stage, which the game is currently, there are a total of 120 levels in the cave. Each one of these levels has its share of stuff to mine and the difficulty increases as you go deeper and deeper.

Also, after every 10 levels, you will be greeted by a Merchant, who will be up for trading valuable items in exchange for some crops, food, or gold. So keep those handy before entering the cave.

Who all will you meet and face in the Occult cave

In addition to the Merchant, there are many more creatures, monsters, and statues that you will meet in your journey in the cave.

Snake Statues: These will spawn randomly on any level. The snake will ask you a question about the game and if you answer it correctly, you will receive a reward. As a little help for the players, we have provided the answers to all the possible questions at the end of the article.

Monsters: The further the match goes, the harder they get. The Dark Essence will fall out of the monsters, a currency from which you can buy various items from the Merchant in the cave.

Diary Pages: These include a four-digit code that unlocks the treasure box on that particular level, so keep an eye out for these.

Bosses: There are several bosses in the cave that are slightly more complex than ordinary enemies, but more valuable items fall out of them. We suggest that you stock up on potions before having a battle with them.

Miscellaneous: Other than the once told above, you will also find random boxes and skeletons that can be broken open with the use of a pickaxe and will provide you with tools or food.

What to take inside the Occult Cave

So if you are reading this article before your first time in the Occult Cave, then we recommend the players to have these things before going in,

The snake statue that was being talked about above, will ask you one of the following questions and if you give it the answer written below them, you will be provided with a valuable reward.

Q: At which Cottage level is the cooking feature?
A: 3

Q: Which item is required to eradicate the Mucus?
A: Bomb

Q: Which of the following will reduce the mood of Animal?
A: Lock Animal Inside

Q: Which how many hearts can an NPC be married?
A: 10 hearts

Q: Who will do mountaineering weekly no matter?
A: Chris Trump

Q: At which floor will not the Cave Merchant appear?
A: 103rd

Q: How many kinds of Antiquities can be donated?
A: 52

Q: Which plant will not wither during season change?
A: Red Banana Tree

Q: How to gain the Flower of Love in Legend?
A: Make friend widely

Q: The business hours of the Horse Farm are?
A: Weekday

Q: Which fish won’t appear in the town?
A: Piranha / Dace

Q: Which is Elly Cole’s favorite book?
A: Gone with the Wind

Q: Which is not contained in the Visiting Box?
A: Weapon

I have personally been playing Harvest Town for about three months now and it won’t be wrong to say I’m addicted. The Occult Cave is especially one of my favorite activities to grind my way through, as it is fun and at the same time provides you with some great valuable loot.

We hope you find this Harvest Town Occult Cave Guide helpful. Please feel free to ask any questions in the comments section below, we’ll make sure to reply to everyone. 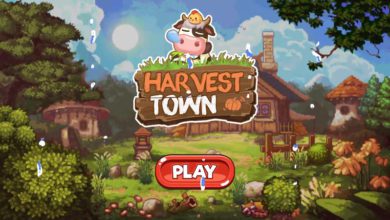 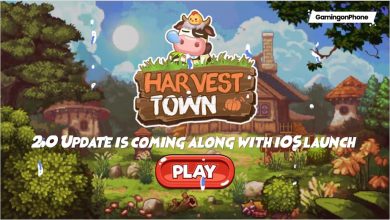 Harvest Town 2.0 is coming along with iOS launch