Heroes War: Counterattack is a post-apocalyptic role-playing game of grand proportions. Developed by Com2uS, the story revolves around a post-apocalyptic world, where a virus named Z-Virus has devastated the entire human race by turning them into Zombies. With a fairly large player base already, players were interested to get to know whether some gifts or gems within the game are gettable via codes or coupons. Well, the good news is that this is possible by following easy steps. Here’s a quick guide to get free Heroes War: Counterattack redeem codes and also to redeem them.

How to get free codes in Heroes War: Counterattack

Who doesn’t like freebies? We all would never miss out on anything that we would get for free in a game. Game Codes play a major role in getting us freebies, and the developers would drop a couple of events so that we get some freebies in return. The same goes for Heroes War: Counterattacks’ codes.

The good news is that Heroes War: Counterattack does have free promo codes that can get you all sorts of in-game resources such as Diamonds, Stamina, and Premium Draw Tickets. To get the in-game rewards, you will need to redeem the codes which is a very easy process.

In this article, we’ll provide you with a list of the latest Heroes War: Counterattack codes, explain how the codes work and how to redeem them, along with some of the free codes with their redeemable in-game rewards.

There are not many promo codes available at the moment, but we have got quite a few covered for you.

We will be updating the list from time as new promo codes arrive, as well as, remove the expired ones from the list.

Unlike other games, Heroes War: Counterattack has an in-game code redemption center which you can access easily within the game. Therefore, like most mobile games, you do not have to go to an external site and enter the codes then return to the game to see if they are working.

These are all the codes that are working and tested, for now, we’ll update this space as soon as we get to know more free redeemable codes for Heroes War: Counterattack.

Related – Forsaken World: Gods and Demons Free Codes and how to redeem them

Did you find our guide to obtain and redeem the free codes in Heroes War: Counterattack useful? Do let us know in the comments below! 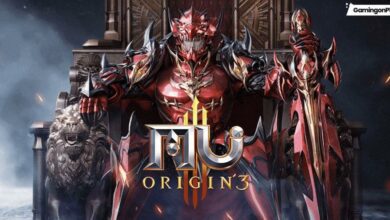