So far, in Mario Kart Tour, we’ve had the chance to play over a large section of the courses – with more coming later in the season pass. As an editor’s note – A particular theme has risen, as I was making this list, in that Mario Kart Tour has an enormous amount of tracks that featured from Mario Kart Seven.

Here’s what we’ve seen, and had the ability to play so far:

Starting off on the new tracks, New York Minute is based on New York’s Central Park and Times Square. Its base version contains a mix of sharp corners, and long curves, perfect for reaching super mini turbos.

Mario Kart Tour so far has had a heavy focus on Mario Kart 7 Tracks. Toad Circuit suits the game brilliantly, its mixture of challenging turns complements the overall simplicity of the layout. It also perfectly showcases the simple glider capabilities of Mario Kart Tour.

Daisy Hills’ feature in Mario Kart Tour may have come as a surprise to some. However, its ending glider section provided a large, open area that was perfectly suited to Mario Kart Tour’s imprecise controls. It fits the mechanics beautifully and looks visually pleasing to accompany.

Long underwater sections make for interesting and eventful races, which is just what Cheep Cheep Lagoon brings to the table. Keeping true to the original 3DS track, we see the same shortcuts and pathways on this near-untouched gem.

An interesting track choice, from the Mario Kart 7 game, was Shy Guy Bazaar. This track, on a smaller scale, has short lap times, and a mixture of complex lanes and corners. From a personal standpoint, I don’t think this track plays to the mechanics of Tour. I would have enjoyed seeing other tracks from the 3DS make an appearance.

Another Challenging, yet suitable track, is Dino Dino Jungle. A series classic from Mario Kart: Double Dash made a reappearance in Mario Kart Seven (which seemed to be a recurring theme here!) and again in Mario Kart Tour.

On paper, Yoshi Circuit was never going to be a well-suited track for Mario Kart Tour. However, it plays near perfectly. Its corners are immaculately scaled for drifting, and its ramps are placed for easy jumping without overshooting.

Mario Kart Tour is filled with short, sweet, and playable gems from across Mario Kart history. Bowser’s Castle 1 from the GBA ticks all three boxes. It would not surprise if Nintendo bought us many Super Circuit tracks in upcoming seasons.

The N64 version of Mario Kart featured Koopa Troopa Beach, which was then again remade in Mario Kart Seven. This track contains a perfect amount of ramps, with a challenging shortcut near the middle, which suits the mechanics of Tour well.

Sometimes, simplicity makes the best racetracks. Mario Circuit 1 is a refreshing, fun, and easy track for all levels of players. The SNES days of Mario Kart were packed of these styles, and it would be highly probable if we saw more from Super Mario Kart.

Mario Kart Tour’s second original track is Tokyo Blur and follows the theme of the season. The original tracks follow a distinctive simplistic layout of a loop, with a stronger focus on the background aesthetics. Tokyo Blur is no exception.

The SNES has bought back some recurring highlights in the Kart series. Choco Island 2 has further showcased the variability of Tour with the introduction of large mud puddles and a different colour palette entirely.

Kalimari Desert boasts a simple track design with one major mechanical difference: the train. In previous Kart games, the train halted racers completely, blocking off the track. Now the train initiates a jump boost upon impact, sending you sky-high.

The much-needed sequel to Mario Circuit 1, Mario Circuit 2 has all the same charm the SNES version had. Following in Tour’s obsession with Mario Kart 7, the course has been replicated once again here and fits the mechanics perfectly.

Very soon, Mario Kart 7’s tracks will be playable on Mario Kart Tour, lowering the 3DS console into the grave. Jokes aside, Neo Bowser City plays near beautifully here, with the aid of smart steering. The scenery looks polished and the corners are scaled perfectly for Tour’s mechanics.

The third SNES remake that was also redone in Mario Kart 7 this season is Rainbow Road. An interesting choice to bring this particular edition of Rainbow Road to the game left me wondering if there was a better option. The corners and narrow sections cause smart steering to really kick into gear and often causes unwanted crashes.

If you find this Mario Kart Tour Courses guide helpful, please don’t forget to support us by liking our Facebook page and following on Twitter. 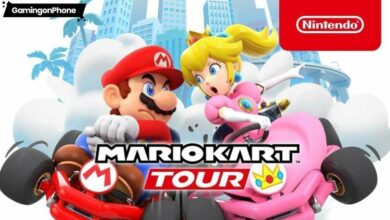 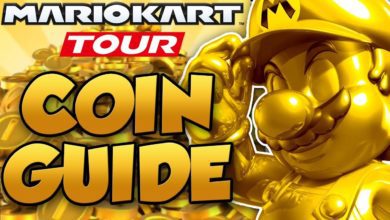 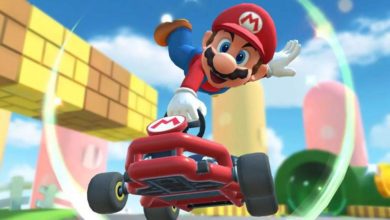 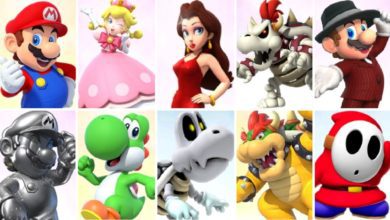