Project M is an upcoming tactical shooter game from the Chinese mobile giant NetEase Games. The developers are currently recruiting players to join the beta testing. The game looks very similar to the popular PC shooter title by Riot Games, Valorant as most of the abilities in Project M nearly match all the abilities from the former game. The beta version of the game features a total of eight different characters. Let us look at the walkthrough through all the characters in Project M, and discuss each of all their abilities.

Nemesis is one of the two duelists from the eight announced characters. Being an Entry character, Nemesis helps to enter the site first and helps to secure the Bombsite with the help of his abilities. His flashbang helps in blinding the enemy while creating space for your teammates to push inside the site. The secondary ability plays a dual role, it can be used for the player to heal. For enemies, it can be thrown as a molly, to inflict damage.

The ultimate ability of Nemesis is very scary. When activated, Nemesis acquires a second life bar making him play aggressively and attack enemies. When enemies kill him or the skill timer runs out he resets himself back to the original location with full health.

Coldcast is a Guardian-style character with defensive-type abilities. Her passive abilities help her team to completely lock down a particular site. Her primary ability “Ice Core trap” when deployed, sucks in the enemy preventing them to enter the site. The secondary ability allows her to strategically raise an ice wall closing the entry points for a bomb site.

The final and the ultimate ability makes her generate a cold storm and when an opponent tries to enter the storm they will be frozen for a couple of seconds before returning to the normal form. Overall, her kit is suited for laid-back defensive players.

Faith arrow is a Bow wielding recon-type character that can be played both defensively as well as offensively. Her main ability ‘Recon Arrow’ allows her to shoot arrows at entry points revealing enemies in the corridor points. The arrows may look easy at the first glance but have a huge learning curve to master the arrows. Faith Arrow’s second ability is also a special fire-based arrow when shot at or near enemies causes them to explode and inflict damage.

The ultimate ability is one of the strongest abilities among all other characters. It makes him launch powerful shock wave-type arrows through walls causing enemies to die if they are in the line of sight of the shockwave.

Storm is a Smoke/controller agent who helps his teammates to both defend as well as attack a particular site, by using his smoke covers. He can strategically place smokes on the map blocking the vision of enemies who are trying to defend or attack a site. His other ability helps him to create mini storms on the map trapping enemies and making them immobile. Though his kit is well put together, his ultimate ability kinda looks a little weak when compared with others.

The ultimate ability ‘Tornado‘ true to its name creates a tornado at a required point causing damages to the enemies. The ability is weak because the enemies can easily escape from the tornado since there is a delay time before it activates.

As the name suggests, Sentinel is also a defensive & offensive style character that suits players who like to have a semi-aggressive playstyle. His tactical recon drone, when deployed, acts as a flying camera and pinpoints all the enemy current locations. The next ability “Stun grenade” helps to stun opponents, trying to move forward and capture a site. The final ability is one of the most important skills.

Elixir is the only character on the entire list who is a full-fledged support hero. Her entire ability kit revolves around her healing and supporting her team players. The main primary ability ‘heal‘ allows her to help her teammates by providing health. This ability is a bit different from the one from Nemesis, as his ability can both be used to heal himself and his teammates.

The secondary ability is a sort of smoke cover that can be used to cover small entry points. Her ultimate ability is a complete game-changer as it allows her to resurrect any fallen allies again, changing the quotient of the game. She is the complete support character every team should have in their line-up.

Blood Raider is the second duelist on the list along with Nemesis. Unlike Nemesis, he is a sort of semi-aggressive duelist who needs to have a calculated approach while taking over a site. His main ability allows players to flash at opponents, this flash is also quite different from Nemesis. The flash from Blood Raider is a static one whereas the former one is dynamic and requires a certain bit of skill to master.

The secondary ability of the Blood Raider allows him to go invincible and travel a certain distance. During the phase, Blood Raider is immune to all attacks and damages from enemies. The ultimate ability “Rampage” allows Blood Raiders to enter a mode with enhanced stat boost to weapon fire-rate, weapon switching, and faster reloading time.

Blink is a controller-type agent who can play be picked as a main smoker for the team. Her dimensional fog is very similar to Storm’s smoke ability and can be similarly deployed for covering the various entry points of a bomb site. Apart from her cover abilities, she also has a unique secondary ability that allows her to teleport from one place to another with the help of a click. This re-positional ability can be used for great gameplay tactics as it can confuse your enemies to a great extent. Her ultimate ability “Global Teleport” allows her to teleport to any point of a map during a round. This ability can be used to collect information, flanks, or even fake opponents.

Related- Top 10 FPS games which can be played on mobile

What are your thoughts on the characters which are introduced in Project M? Let us know in the comments below. 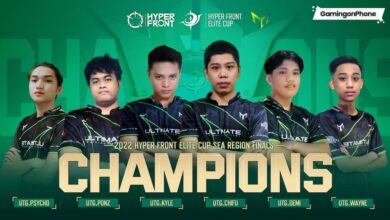 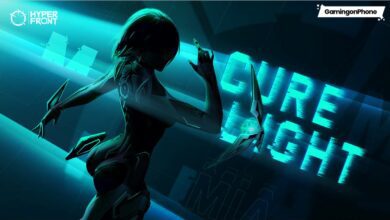 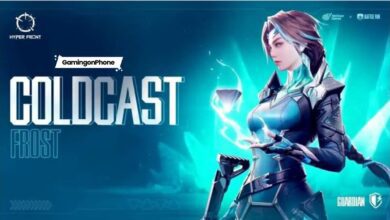 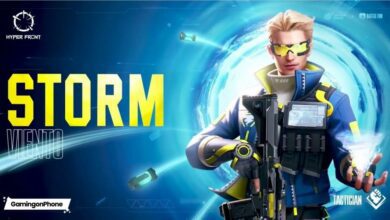