PUBG Mobile is finally introducing the much-awaited new map Livik in the 0.19.0 Update. This map is going to be a totally action-packed map, with a much smaller area and reduced game-time. The brand-new PUBG Mobile map Livik also has its own features like new vehicles, weapons etc. You need to be somewhat familiar with what the map will be like before jumping in there in search of Chicken Dinners. So here’s our guide about all the features of the new map Livik in PUBG Mobile.

Details about the map Livik

Livik is going to be the smallest map ever introduced in PUBG, even smaller than Sanhok with an area of 2X2 km. The map is a combination of all the 4 other maps so far in PUBG (Erangel, Miramar, Sanhok and Vikendi). Also, this map is customized for PUBG Mobile only.

Reduced number of players and game-time

Well of course by seeing the size of the map you can understand it is impossible for 100 players to play in the map at the same time. Hence the number of players have been restricted to 52 for now.

Smaller the map, the denser it is. So be ready to come across opponents faster. Also, the zone keeps moving faster. Hence this map is going to give campers a hard-time.

Since the size of the map is just 2x2km, the match time duration has been reduced to a maximum of 15 minutes. Well, if you wanna play a Classic match real fast, welcome to Livik!

Secret locations and weapons of Livik

Livik brings in a lot of new features that are about to be introduced in the brand new map of PUBG Mobile! Livik will be a whole new gaming experience for players with lots of exciting stuff.

Where is the Hot spring in Livik?

With this new map, we will get to see new features like waterfalls, hot springs, an aqueduct and many more. The map is littered with trees, buildings and other obstacles which is going to provide as good cover while engaging the enemy. The Hot Springs is located in the Noth-East part of Livik. A great thing about the hot spring is that it is going to help you heal. If u are low on first aids or bandages, just take a dip in it and revive your health.

Where is the Waterfall in Livik

It is located in the South-East part of Livik. The waterfall has a secret place behind, containing a very good amount of loot. All you need to do is walk through the waterfall and you’ll find that secret place!

You are going to find almost every weapon that you find in your other Classic maps including the likes of a DP-28 and a Scar-L. Along with these, PUBG has introduced two new weapons in Livik named the Mk12 (DMR) and the P90 (SMG). P90 previously was just an arena-special weapon in PUBG Mobile. Mk-12 is a brand new weapon which will be exclusively available in Livik.

Mk-12 is a 5.56mm DMR which works in single mode. The magazine capacity is 20 and with an extended mag, it increases to 30. The reload time is 3.2sec. The gun has extremely low recoil which makes it an amazing gun and is therefore little rare.

A new attachment has also been introduced called Barrel Extender. It is a muzzle attachment and can be used with most of Snipers, Assault Rifles and SMGs.It decreases the bullet spray and hence increases the accuracy of shooting.

Location of Monster Truck in Livik map of PUBG Mobile

The Livik map brings an exclusive vehicle suited to the rocky landscape, Monster Truck. The monster truck has got huge wheels that lets you travel with your squad through the rough terrains without any discomfort.

However, there is no particular place where you can find the monster truck, it spawns randomly.

Where to Super Crates in Livik?

These super crates are present at random locations and are usually difficult to find. The crates contain trial weapons like Mk12 and a very good loot that includes attachments or even level 3 backpacks and helmets.

There is one location in the map where you are sure to find one or even two super crates. It is the secret place behind the waterfall.

With Livik, finally, a new map gets added in the Classic mode. This map was highly anticipated since PUBG started teasing for a new map on social media. All the Royale Pass missions and achievement missions can be completed in this map. But with its small size and greater density of people, it is hard for campers to survive in this map. The safe zone closes in faster here and your health gets reduced faster.

This map is made for action-packed gameplay and gunfights, so prepare yourself accordingly. PUBG Mobile brings in a lot of new features and exciting gameplay with the Nordic Map Livik, hopefully, you enjoy the map to the fullest!

That’s it from today’s guide about all features of the new PUBG Mobile map Livik. Are you excited about playing the new map? Let us know in the comment section below.

Seriously helped me a lot thanks :’) 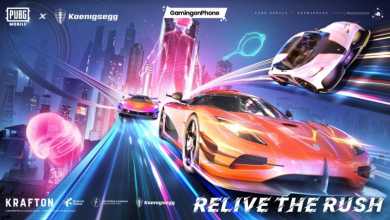 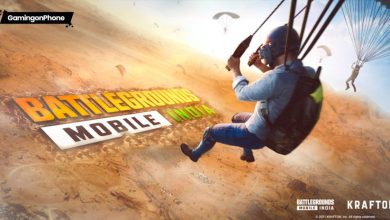 BGMI removed from Google Play and App Store amidst rumors 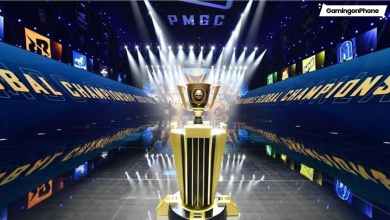