An isolated Northern resort island in the shadow of Mount Kreznic, Vikendi was once home to a wide variety of tourist attractions, businesses, and villages. Enveloped in dense/thick forest, another aspect of this island is its warm Mediterranean coastline and snowy mountains in the central area of the map in PUBG Mobile. Tourists can look to the future from the Cosmodrome, travel back to the past and walk with the giants at the prehistoric Dino Park, visit the aging Castle, or even take a tour of the Winery. Survivors walking along these frozen lands will have to watch their backs even more closely, as the fresh snow is perfect for leaving behind footprints! With snow and the footprints that you leave behind, the hunter often becomes the hunted. Due to its popularity, one of the most asked questions is the availability of loot locations in Vikendi.

In Vikendi, loot can be found all over the place, but on spending some real-time with the game and you’ll quickly realize some places are better than others. After spending a lot of time in this game we have listed some top places where you can find a consistently high concentration of loot in the Vikendi map.

Here are the top 10 places where you can find great loot on the map of Vikendi. We have ranked the locations below on the basis of the quantity and quality of loot ignoring the drop risk of the places in Vikendi.

Cement Factory is owned by Volk Cement features numerous large facilities. This factory was built because Vikendi had an abundant supply of limestones. Volk Cement thus set up their factory to meet the demands of Vikendi’s rising Commercial and Tourism needs. The factory although being closed for a long time is a perfect place to find a good sum of gear.
You will get a medium quantity and quality of loot in Cement Factory.

Podvosto, a traditional river city that features a big bridge (Podvosto Walkway) that leads to the entrance of the town.
You will get a medium quantity but a high quality of loot in Podvosto.

Goroka is a unique town with a frozen lakeside, central in Vikendi. At the base of Mount Kreznic, the frigid temperatures of the island keep the lake frozen all year round. The lake once supported a small industry of ice fishermen. People often used to enjoy snowmobiles on the frozen lake. Nowadays with the ice, it is much more dangerous to be on the high ground as it is a prime spot for an ambush.
You will get a high quantity but medium quality of loot in Goroka.

Dino Park is a prehistoric amusement park with a 70’s theme to view the extinct dinosaurs. The Park is filled with various attractions including a roller coaster, bumper cars, and a thrilling dino maze where you can make chaos fighting.
You will get a high quantity and quality of loot in Dino Park.

Rumoured to have been used by local Vikendi militia to store stolen airdrops from planes and use the gear to fight against the regime that held control. Some unknown phenomena caused the cave entrances to collapse, hiding the cave from outsiders.

Located at the west of Peshkova and northeast of Podvosto features a hidden cave full of empty airdrop crates with the exception of 2 that contain randomized airdrop loot. The cave can be accessed by throwing a Frag Grenade or ramming a vehicle at the rocks blocking one of the three entrances (West, South, and East).
You will get a high quantity and high quality of loot in Secret Loot Cave.

Cosmodrome is an abandoned spacecraft launch site within the island of Vikendi. Since abandoned, the rocket therefore never made it to space. Alongside the rocket, you can see hangars that stored Buran-like space shuttles that were under maintenance and control centers. The remains of one of Vikendi’s tallest structures, Cosmodrome still leaves players with a strong impression.
You will get a high quantity and quality of loot in Cosmodrome.

As its name suggests, Villa is a large and luxurious country house or an estate that consists of farm and residential buildings arranged around the courtyard. Being located at the center of Vikendi this is, therefore, one of the most visited locations in PUBG Mobile. But there is a much higher risk factor while landing at this place as many squads try to land at the same place. If you are unable to get any guns after landing here, you might get killed very easily.
You will get a very high quantity and quality of loot in Villa.

The Castle, located in the middle of the river crossing the entire island of Vikendi. Completing with a moat formed by Vikendi’s largest river is a standing reminder of Vikendi’s past. Once considered invincible, the castle is a perfect place to test your fighting skills! Well protected and with a vantage point across the surrounding land, the Castle is a statement of power from a time long past.
You will get a very high quantity and quality of loot in the Castle.

Dobro Mesto has the longest history in Vikendi. It is one of Vikendi’s first major cities and as such remains one of the largest. This place features grand landmarks such as the large clock tower and the central plaza which seems to tell the old glory days of the town. Its glorious central plaza housed a famous clock tower that keeps the royalty of this city still alive.
You will get a very high quantity and high quality of loot in Dobro Mesto.

Volnova is one of the biggest cities in Vikendi. Surrounded by narrow streets and stone walls, the city was built in the middle ages. A number of local restaurants and shops are located on the street show that this place was the center of the economy and social gathering. This massive town is filled with loot, but without a centralized focal point as Dobro Mesto with its big main building. That means it takes longer to sweep the loot, and there’s the risk of being spotted going from one house to the next. Therefore you’ll need to be extra careful.
You will get a very high quantity and high quality of loot in Volnova.

If you know some more locations filled with Loot Locations in Vikendi then feel free to let us know in the comment section below! 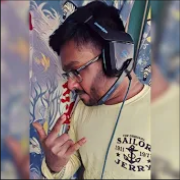