Ragnarok M: Eternal Love is an open-world MMORPG based on Ragnarok Online. The game has so many classes inside it. In total, you will find 15 different classes that you must choose to play the game. You can actually play multiple classes, but you will need to reach a certain level to do it. We will help you by providing our Ragnarok M: Eternal Love tier list of the classes in the game.

This tier list should only be taken as a reference because different strategies and compositions can yield different results for players. This list will only help you to choose your very first class before you add your second one. The tier will be ranged from tier S to tier B, with S being the highest tier, and B being the lowest tier.

Best Meta Classes for Ragnarok M: Eternal Love in May 2022

These are the classes with the most advantageous stats and abilities in Ragnarok M: Eternal Love as of May 2022.

After attaining the Power of Dragon Blood in Luoyang, Shuras will be able to change jobs into the Dragon Fist 4th job. Dragon Fists have passive and buff abilities that augment their abilities. Due to talents like Sky Shattering Fist and Sky Dragon Wave, Dragon Fists are recognized for strong melee combos and one-hit-KO burst damage.

Divine Avenger is the fourth job class in the Crusader job tree for Royal Guards. The Divine Avenger job class is a melee class with a lot of defensive and supportive skills, making it ideal for tanking.

They have buffs that give them extraordinary status immunity, enhanced HP, or a damage aura that reflects damage. Divine Protection is an ability that allows the Divine Avenger to share his healing and regen effects with up to five comrades.

Guillotine Cross has transformed into Soulblade Cross with the intervention of the Goddess of Death herself. When the Soulblade Cross fourth job class kills their enemies, they earn souls. They can either absorb these souls for buffs or release them to deliver massive damage.

When a Soulblade Cross dies, it transforms into a Soul Form and lingers for a few seconds longer, depending on how many souls it has. Soulblade Cross, which comes from the Thief’s Assassin branch, is good at providing heavy burst damage.

Offensive skills deal single-target or Area damage with a variety of various elements. When offensive skills are cast, a passive skill called Infinite grants a 25% chance that they will not have any cooldown or skill delay times.

Ranger, a formidable long-range DPS class, will be able to switch to Stellar Hunter, the fourth job class. They use the power of the stars to ensure that they never lose sight, even on the darkest nights. The Stellar Hunter could summon meteors from the sky to attack enemies in a wide area or single targets. They also feature new passive skills and traps that can give their targets debuffs and abnormal status.

Sorcerers who have mastered the art of manipulating Space and Time can become Chronomancers. Chronomancers lack the raw attacking strength of Arcane Masters, but they can throw assistance spells like debuffs and Sphere of creation. Allies in an area receive damage reduction from Space Sphere, while enemies in the sphere experience increased skill cooldown and delay from Time Sphere.

Night Shadows can assist the Shadow Warrior in not just dishing out attacks, but also removing the enemy’s equipment. Shadow Warrior, like Rogues, is swift, evasive, and can ambush their foes by surprise.

Mechanics can switch to the Light Bringer 4th job class after discovering Photon Technology in the ancient city of Juperos. They use Photon and artificial intelligence to do damage, throw supportive abilities like Stuns and enhanced protection, and improve its Madogear’s capabilities, such as allowing it to equip a Light Bringer skill or rapidly recovering its HP.

The Great Sage at the Underground Institute guided genetics to master the Mystery of Life. Genetics will be able to move jobs into the Begetter fourth job as a result of this. Begetters can use their Homunculus to synthesize, improve their plant summons and homunculus, debuff their enemy, or launch Crazy Throw, a channeling Area damage skill.

Rune Knights will be able to switch to the fourth job class of Runemaster. Runemasters are based on Thanatos mythology, they are claimed to have encountered Thanatos in a dream and succeeded him.

Runemasters, like their Knight counterparts, are melee classes with a solid balance of attack and defense. With Shadow element skills like Soul Spear and Dark Flame Slash, they can cause massive physical damage.

After Animists have mastered the art of Spirit Whispering, the Doram race can also job change into the Spirit Whisperer fourth job class. This new job class offers a variety of abilities, both offensive and supportive. For example, the Evil Meow Roar talent deals 2400% Physical attack damage while also removing buffs and silencing opponents.

It deals physical Area damage that stacks the more enemies it hits. The greatest thing is that every time either class uses Majestic Echo, the cooldown for the other class is reset. They also have new solo and ensemble songs to perform that grant enemies buffs or debuffs. Finally, The End of the Sun and Moon is an ensemble skill that instantly kills opposing players in a 5-meter radius.

Archbishops can become Saints, the fourth job class of the Priest tree, after being blessed by the power of Light and Darkness. Saints have increased supportive skills that can boost their teammates’ defense or debuff opponents, particularly against Dark and Undead aspects. Crown of Baldr boosts the Saint’s Holy Attack and healing power, while Baptism gives resurrected allies a 3-second invincible state.

The Morroc Army was fought by Super Novices who were mistakenly caught in the Space-Time fissure. As a result, the Angel blessed the Super Novices, allowing them to shift jobs and become Novice Guardians. Novice Guardians continue to learn skills from all of the game’s other job classes.

The tier list above has only one purpose, which is to help the new players know what their first picked job class would be, once they choose their first job, they can add or change the job class if they want to. It could also help players to decide on their next job class.

What do you think about this Ragnarok M: Eternal Love Character Class Tier List? Let us know your opinions in the comments below! 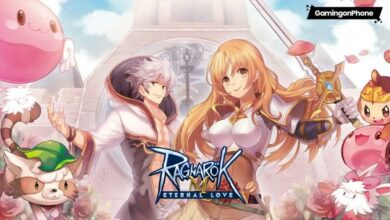 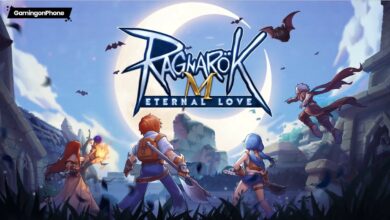 Ragnarok M: Eternal Love Guide: Tips to level up quickly in the game