Rebel Riders is a PvP action-oriented game that offers various PvP game modes to play with and earn exciting rewards in return. The battle is set between some action toys, who compete among themselves in vehicular combat for winning points in a specific underground arena. Players can collect and customize their rebel riders and their rides to battle themselves in a 3v3 mode. Each vehicle possesses its unique ability to deal damage to its enemy riders and their rides. Rebel Riders comes with different game modes to play with. In this guide, we will be going to discuss all the game modes in detail.

List of all the different game modes in Rebel Riders

This mode allows players to compete with other riders in the game in a 3v3 mode, choosing the desired vehicle and rebel. The game offers to choose from 7 different vehicles. Although, players are only allowed to choose from only 3 out of the 7 vehicles if one is a beginner. After selecting the desired vehicle and the rebel, the game takes them to an underground arena called Warehouse, where players play in a team of 3 with two random players against a group of 3 random players.

The main motive is to earn the first 10 points for the team and destroy the enemy rides within a time limit of 4 minutes. By default, one will always be placed in the blue team with the enemy team being called the Red team. The team which scores the maximum number of points within the designated time wins the battle. We recommend you to choose a Ranger if you are a beginner. Because of it’s range and damage dealing, Ranger is the best to choose.

This mode is also pretty much similar to Team Deathmatch, where players enjoy dealing damage to their enemy vehicles. The main difference that lies between the two modes is that in Stash the Cash, they need to focus on collecting cash or gold that floats in specific locations in the battle arena.

Players need to keep collecting those and stash them in the base to earn team points. Registering damage and destroying other teams’ vehicles are equally important to collect their cash and prevent them to stash them in their own base. The battle continues for 3 minutes and the team with the maximum number of coins collected wins the game. We recommend you to choose Lazer Stryke as the ride for this battle mode as it surely helps you to collect cash faster. The Lazer Stryke possesses a comparitively high advantage because of its speed than the other rides.

In this mode, their main target lies in detonating bombs on your enemy’s base. The team who can successfully detonate 3 powerful bombs in their enemy’s base wins the battle.

This is a kind of survival mode also called the mini-battle royale, where they need to survive and destroy all the other 9 vehicles and their rebels. In this mode, players need to focus both on their defense and attack as they can receive damage from any random one in this battle mode. We recommend you to choose a Boomer or a Ranger for this battle mode if you are a beginner. A Boomer and a Ranger provides you with a great range, making you hit the target vehicle smoothly.

Rebel Riders have some diversified and pleasant battle locations and they keep on changing on a daily basis. In the Team Deathmatch, we can see the action toys fighting among themselves in a warehouse, whereas in Stash the Cash, the battle is set under the Manhattan bridge.

Other than these locations, locations such as South Bronx and Lower Eastern Gardens also exist. Overall, with the unique gameplay design and great controls, the game is pretty much dynamic. The graphics of the game are too good and winning rewards is easy. 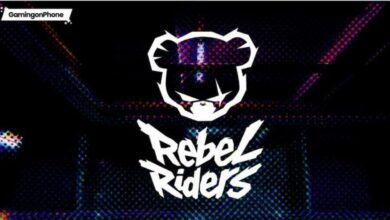 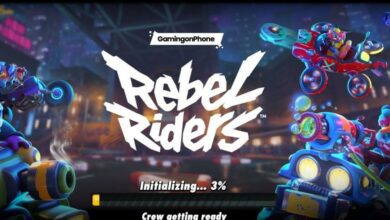 Rebel Riders Guide: Tips to unlock all the Rebels in the game