Open World games are some of the most popular genres because of the endless opportunities which they provide to the players in-game. One can do anything they want to do in-game which makes them different from the other genre games. It’s 2022 and the gaming community is still not done with exploring different best open-world games since every next day a new open-world game is being released. Let’s have a look at the 10 best Open World mobile games that can be played on both Android and iOS platforms.

1. Oceanhorn 2: Knights of the Lost Realm

Fist on the list of Best Open World Mobile Games is Oceanhorn 2 which is an RPG game in which you are a young knight who is ready to face the challenges which lie ahead as Warlock Mesmeroth has returned with a formidable Dark Army. The mechanism of the game includes an attack button, a dodge role, and a shield. Hitting the shield at the right time will concuss and knock the enemy off balance.

As you progress you will gain experience points that will strengthen your character. You will also find shards that can be slotted into any of your items to enhance them. It is up to you what you want to upgrade and when. The game is currently only available for iOS platforms as an Apple Arcade exclusive

2. My Time at Portia

This is a popular colorful open world with RPG elements. Immerse yourself in the mysterious post-apocalyptic world of Portia and explore different places to collect various resources. You get to fight monsters and make friends among the friendly inhabitants of the city.

You also get the opportunity to restore your father’s workshop in My Time at Portia and become a skilled craftsman who will help the people of Portia to develop in different prospects. The action takes place in an apocalyptic setting where you being the main character will have to rebuild a workshop and start your own production. You are needed to engage in gatherings, look for different resources as well as run a small farm.

This is an MMORPG that combines traditional elements from both action games and open-world games. The result is an action pack title in which you will be able to move through huge settings with total freedom alongside other players.

You will be also able to play with both friends and other random players in Marvel Future Revolution. The special abilities in-game make it fun to play. Each one of the characters in the game has completely different abilities from the others.

With Captain America for example, you will play in a totally different way than with Star-lord or Spiderman. You are required to master your skills in order to emerge victorious from the most challenging confrontations.

Albion Online is a medieval fantasy MMORPG developed by Sandbox Interactive. It offers the first real multi-platform experience as Android, Microsoft Windows, Mac, iOS and Linux players can play together on the same server.

It is a colossal world where you can interact with players all around the world. One of the strong points of this game is your character customization. When you start the game you can use an extensive character editor to make your avatar look however you want with hundreds of different options available.

As you complete missions and level up you can customize your character skills and specialties totally organically. This will let you become the kind of character that you want to be.

This is a 3D MMORPG that takes place in a colossal sandbox world. The players can create their own characters from the scratch. In fact, while you are selecting your character in Black Desert Mobile you can customize by picking from a huge variety of different variations for your avatar.

Combat systems in this game are just like the PC version. Players can freely roam the battlefield unleashing a set of different attacks, skills, and spells. As usual, the higher you climb from each level the more power you ultimately wield and cause devastation. Also, you see an increase in damage in combos, spells, and special attacks as you level up.

This is an action–adventure game inspired by the famous GTA Saga. You get to put yourself in the shoes of a ruthless and shamelessly well-recognized gangster. Roaming about an extensive city you will have free range to go around the city completing missions while carrying out a diverse set of side tasks.

In this sandbox you are not alone, other gangsters will also try to impose their own laws on each of these busy streets. The game contains a multitude of challenges and an extensive map that allows you to generate your own interactive story. By shooting enemies, and avoiding being hunted by the police you will gradually impose your authority over every neighborhood. The game is currently available only on Android platforms.

PvE features the main story quests, kingdom defending, and more. Other than defending the kingdom from monster raids, you can also invade other territories in guild vs guild battles.

This is an action and adventure game where you get to accompany the official mascot of the brand Louis Vuitton. As she collects can candles, explores different scenarios, and avoids obstacles while finding other rewards.

The game has beautiful 3D graphics that also happen to be incredibly relaxing. The natural spaces in the open world are full of surprises and dotted with candles that are to be collected in order to complete the challenges. Each time you pick up a candle you will unlock a postcard and other objects that reveal something about Louis Vuitton’s story.

Car Life is an open-world mobile game that is available only in Asia on iOS and Android. The game comprises an open but empty world. It has no traffic, passers-by, and even more so other players. The only thing you can do is buy cars and drive them around the city.

There are tuning cars, a season pass, a bank, and daily tasks. You can get out of the car and explore the city but there is almost nothing to do. There is no physical damage caused to the cars either. Moreover, this game has no in-app purchases. The game is currently available only for Android devices.

Project: EOE is an action and adventure game developed by NetEase. In this game, you get to join an adventurer who on their journey tests their survival skill through hostile environments. With different games you play, you will have to collect elements, shoot monsters and make contact with characters.

Project: EOE comes with well-developed 3D visuals. The third-person perspective allows you to rotate the camera to see any area of the map while your character is moving or staying still at a location. You can access the backpack at the bottom of the screen where all the supplies and items you collect get stored. These objects will serve as a great use for completing some of the missions assigned to you.

In short, Project: EOE comes with amazing graphics that gives you a realistic experience of a world full of places and people to discover. The game is yet to be globally released and has been critically acclaimed during its early access beta test in Canada.

That’s all for today’s 10 Best Open World Mobile Games. Which of these Best Games to play on Roblox do you like the most? Let us know in the comment section below! 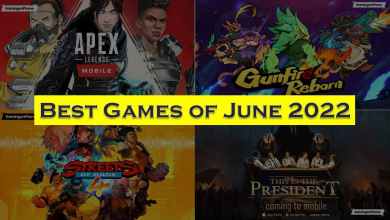 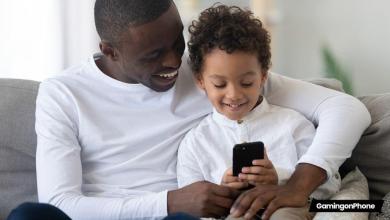 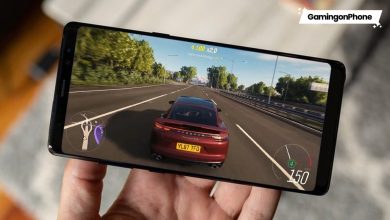 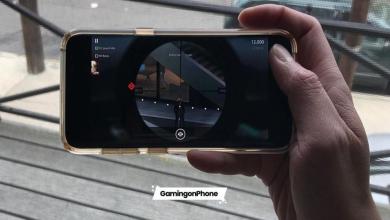