As the hype for Zombies is building up, recent data mining just added more fuel into it. In the game files of Call of Duty Mobile the global version 1.6, 10 image files are found. If you see them one by one it will look like a comic. Until now, all the leaks were focused on finding out the game modes, maps etc but this Call of Duty Mobile Zombie comic looks really interesting. So let’s take a look.

There are a total of 10 photos. Originally the language was in Mandarin. However, English translation has been provided here to understand it easily.

While they were on Helicopter, the team found some signs of destructions. They also saw that the zombies were coming out of the lab. So Call of Duty team quickly got a safe place to land and killed the small zombies. However, in the end, they got a pleasant surprise. They saw the big boss coming out! And that’s where the comic ends.

So when Call of Duty Mobile Zombie mode is releasing?

Lots of speculations are going on over the various social platforms about the release of Call of Mobile zombies. However, as per our old leak, Zombies will most likely to appear in Call of Duty Mobile season 2. If you have not read our Season 2 leak article yet, we will suggest you to read it as soon as possible.

Special thanks to Simskii on Discord for sharing these leaks with us. We would also like to thank Mr Generic for the translation from Mandarin to English. 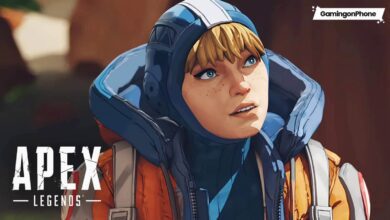