Beginning today, players can join forces in Chromatic Souls: AFK Raid, an all-new tactical RPG from Com2uS Holdings, the worldwide mobile developer and publisher ushering in the future of interactive online entertainment. Players will get to fight frightening monsters in thrilling four-person combat as Chromatic Souls: AFK Raid is now available on Android and iOS devices.

Chromatic Souls: AFK Raid will transport players to a mystical, medieval realm to join the Adventurer Alliance, including a distinctive hand-painted art style and animations. Monsters have run rampant in the kingdom since the appearance of Chromatic Dragon, and players must remove them to preserve the kingdom’s citizens from inevitable catastrophe.

You must first choose a class before setting out to save the kingdom. Knight, Mage, Rogue, and Druid are the four classes offered. Basically, the usual fantasy suspects. Each has its own set of skills and equipment, so you’ll want to spend some time selecting which playstyle you like. As players adventure through the kingdom they can choose from the following play styles:

The adventure has already begun across app stores

Get ready to fight frightening monsters in thrilling four-person combat with the release of Chromatic Souls: AFK Raid which is free-to-play and is now available on Google Play Store for Android devices and Apple App Store for iOS devices.

If you’re intrigued by blockchain technology, Chromatic Souls: AFK Raid makes use of Com2uS Holdings’ technology via the C2X blockchain ecosystem. While joining up with other players, you can make, utilize, and trade items, talents, and character class abilities.

Are you excited as Chromatic Souls is now available for download on Android and iOS devices? Let us know in the comments below! 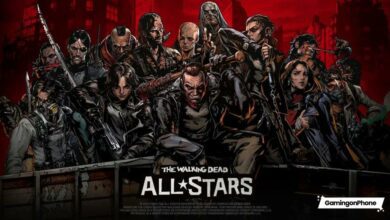