Supercell, the developers of Clash of Clans, is gearing up for May 2022 update, and it looks like something big might be on the way. Leaked by gamers playing around with the new code that was released, there may be a new unit in Clash of Clans called Colosseum Carrier. This massive unit may be a resource or some unit to take down plenty of enemies on its own and could turn the tide in any battle, but we don’t know what it is so far. All such are speculations. Fans of the game are anxiously waiting to see if this unit is added in the next update.

As per some reliable tweets, some people are getting a specific unit deemed to be appearing in the Lost and Crowned Clash of Clans animation. Thus, this leak seems solid evidence of a Colosseum Carrier coming in the next update.

This ability can deal a lot of damage to enemy forces. Second, the Colosseum Carrier can also heal friendly troops. This ability will be very useful in battle, keeping your troops alive and fighting longer. Thirdly, it can be a resource carrier in COC.

Overall, the Colosseum Carrier would be a powerful unit that will be a great addition to any player’s arsenal. This powerful unit will be available to players who have reached a certain level in the game and will be a valuable asset in battle. The unit’s unique abilities will surely become a must-have for any Clash of Clans player.

The next update may bring some good news. The unit Colosseum Carrier has been spotted in the game’s codebase, suggesting it could be released soon. Keep an eye on your clan castle if you’re looking to add this impressive structure to your base! There might be more information in the coming weeks.

What are your thoughts about the Colosseum Carrier Troop leaked in Clash of Clans? Let us know in the comments below!

Clash of Clans: Tips to predict and earn free rewards from Clash Worlds 2022 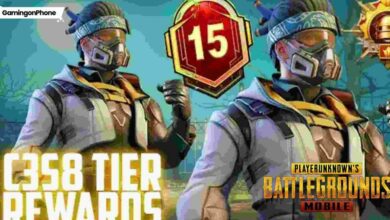