In the latest community event held on November 10, quite a lot of information was given away by Alfa Bravo Inc on their official Discord server. Plan B is being worked on and goes into beta soon while Combat Master is not going to receive any updates. They went into detail about the sequel that is set to replace Combat Master which was announced a few days ago, the details regarding beta stages for the said game, and other improvements. To start with, here’s the official announcement that answers a bunch of important questions.

Google Play & Apple (App Store) have decided that they will not allow the game on their app stores anymore. Typically, the way to get the game from there would be easy enough, but a bug has plagued most APKs that contain Combat Master to not function due to a “0MB” glitch. This glitch will not be fixed. There will be no future updates to Combat Master. All efforts will be put into a new game.

Yes. The new game is the Plan B of Alfa Bravo (henceforth will be labeled as “AB”) and will be a heavily revised version of Combat Master with the intent to avoid copyright and to avoid competition. The game is being made for fun by the developers, not for competition against other games.

Okay, when’s that being released though?

Well, there is no official release date globally. However, there are two things on the table right now in terms of when a beta test will be released and how it will be released. There is the potential for a closed beta, with Content Creators and selected members of the Discord and certain social media being able to participate–but the possibility of an open beta for the public (likely North American based) has opened up according to spry (information from Alfa). The intent for the closed beta (unknown for the open beta, but likely the same time) to release was this Friday or Saturday (November 12-13th). The global release date will depend on when the majority of bugs are fixed.

Obviously, you know more about the closed beta than the open one, so go over that some more?

Okay! So, the closed beta would be given through single-use links given to selected users or Content Creators. Anyone who does not use their link will have that link eliminated and the user banned. The single-use links contain the apk necessary to download the new Combat Master. That being said, iOS users may not be able to participate in the closed beta because of how it’ll be given.

So what will the beta test be about? Do Beta Testers get anything?

The beta test will be for fixing bugs, obviously! And obviously, beta testers will get their fair share of stuff. A (BT) Beta Tester role in the server, as well as their own chat to talk to the owner himself about issues or improvements to the game. This doesn’t even include the calling card and emblem spry talked about, and other potential stuff (such as a BT tag?).

Quick Note: The open beta, if it happens, will be a stage beta, meaning that different countries/continents will get the game before others, at each stage a different country/continent gets access to it, including the ones already accessible.

What’s the name of the new game?

There is no official new name of the new game. There are different fan favorites, but the developer team is currently working on more important stuff before the easy stuff like names. Do not trust anyone who tells you that the game is confirmed to be called something other than from the developers or a moderator in announcements.

Will the new game have different mechanics?

The gunplay, movement, and otherwise gameplay itself is going to be relatively unchanged. The main thing that will be changed is UI, gun sounds, and other things that can get the game copyrighted again.

Will my levels transfer into the new game?

Well, that’s unknown right now. The developers are considering resetting levels for the sole fact that there is a new leveling system in place for the new game. However, all purchases will still be transferred from CM to CM2 (the new game’s temporary name, for easier understanding).

Who took down Combat Master?

It was a cease and desist from one of the CODM developers, not Activision themselves.

So that was all that was announced. But it gave a lot of information. First off, this new game is set to go into closed beta really soon which means that a lot of the major work on the game is complete and players don’t have to wait too long for global release.

This is because the game is mostly the same as Combat Master in terms of gameplay although changes to the UI, sound effects, and other such elements are being made as the developers are very cautious about yet another copyright claim. Speaking about the copyright claim, it has now also been clarified that it wasn’t Activision who took action against the game but a Call of Duty: Mobile Developer!

This isn’t all that was revealed though and there’s more regarding the features that will be added to the sequel to Combat Master 2 (temporary title).

Some of the confirmed additions include Friend Lists, Server Updates, Perks, Gunsmith, MP7, Voice chat, Free Bundles, and Free passes, and a lot of other features that will make the experience better. Players can check out the complete list on the game’s discord server.

Aside from the confirmed features, there’s also a bunch of features that are currently still on the drawing board such as a Battle Royale mode, SBMM, the ability to go Prone, various firearms, achievements, trading, and a lot more. Coming to the features that will not be implemented, there will be no zombies mode, scorestreaks will not be upgradable and the YouTuber requirements will not be changing either.

What are your thoughts that Combat Master might get a sequel in the coming future? Let us know in the comments below! 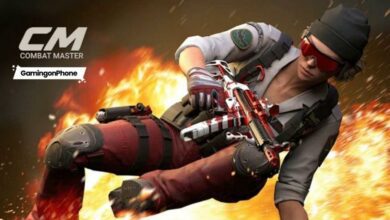 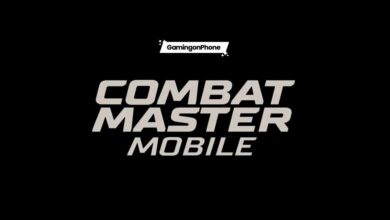 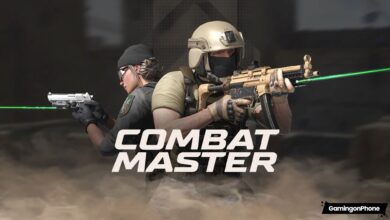 Combat Master set to relaunch as a new and improved game