Bad news for the Mobile gamers as Durango Wildlands is shutting down permanently in December 2019. Nexon, the developer of this massively popular game recently announced on their official facebook page about it blowing the players with a big surprise.

Started in winter 2016 as a beta, Durango Wildlands servers were limited to a few Asian countries. In 2018, the game added few more countries to its list. And finally, in summer 2019, Durango Wildlands became globally available. But just after a few months of its release, the game is shutting down. What caused the developer team to take this big decision, none knows. But it is certainly a bad moment for the gamers to see this game closing down.

Probable reasons behind the shutting down of the game

What caused the game to shut down its service permanently is unknown. But it is surely an unsustainable business model. Although the game had a pretty good players base (over 12 Million downloads in 229 countries) still it could not sustain. Probably the game took too much time during the beta period and the competitors like “Last day on Earth” and the clones were able to capture the market on this same concept. And by the time the game goes for the global release, the money spenders were moved to other games. Durango Wildlands is original in its concept but a bad move caused the death of it.

Here is the official goodbye note that Durango Wildlands team posted on Facebook,

Even though I only played for a few months, Durango was the greatest game to ever come on my phone. There are no other games like it and it drives me insane to know that somehow there was competition with it that got it shut down. I made friends that I could actually talk to instead of go terrorize their kingdoms or something. I could run around and actually have a character with my personality and appearance. I had a place to live and build it however I pleased, and tame dinosaurs to help me explore and fight. There is… Read more »

I understand your emotion totally. There are many people like you who told the same in our discord server. Durango really connected people. I hope we will see more games like this in the future.

You are absolutely right bro…..till now in 2021 I did not find eny game like durango.. I till now search in playstore for this game near about EVERYDAY with HOPE that this game will came back SOMEDAY..😞

DURANGO WILD LANDS IS THE BEST MOBILE GAME I’VE EVER PLAYED. EVEN IF IT SHUTTED DOWN. THE GAME IS STILL IN MY MOBILE PHONE. AND I STILL HAVE FAITH THAT DURANGO WILL COME BACK. #DURANGOWILLBACK

It had a sense of community and warmth unlike any other mmo game on mobile.

That’s the reason no other MMO can ever fill the gap. We have few people in our Discord server who used to be Durango players. They still talk that how this game became a part of their lives and they are unable to find a suitable alternative until now.

So I can totally understand your feeling, David. 🙂

I was thinking. If there was enough support, would we possibly be able to talk to Nexon and What! Studio about getting all the code for the game and rebooting the game? Therefor it could be a community keeping the game running since Nexon makes amazing game but just cant keep them running?

awesome game, the only mobile game where i always lag but still loved… im still waiting for news, still hoping i might play it in my new better phone

I ain’t telling u my name

Man I was wondering why I couldn’t find it on the appstore. I had so much fun with it! Personally I think it out does it’s competition in every single way. The beginning is pretty good with the character on a train as well as you being able to choose what your character is best at. I also loved taming/ killing Dinos for quests and just for fun. I also had a lot of fun designing my base but sadly it seems like I won’t be able to do that anymore 🙁

Durango was one of THE best mobile games I have ever played and it broke my heart to read this, I’m a little late to this announcement but I did know that I had trouble accessing it a while ago, but I recently wanted to play It again. I’m sad to see it’s no longer available, I hope some day it will come back to us but until then I guess I’ll just have to be patient.

I really adored the game during its beta phase, but I really hated how despite the game being out for SO DAMN LONG, it took forever to get to Singapore/Malaysia despite being available in Indonesia, which was right next to us. I hated that decision with a passion and when it finally came to my region, my love for the game dried up, not because of clones, but simply because I was too fed up and my friends also moved on.

It ws the best mobilegame i have played so far!!!!

This is the FIRST game where i feel alive.. Like “Sword Art Online” U make friends From Unknown Country.. Together we hunt dinosaurs , share loot
Complete missions, Survive together…. Till now in the time of 2021 did not find eny game like this …That few months is my memorable time of my gaming Life … Waiting for this game to came back…………

I really love the game i want to play again 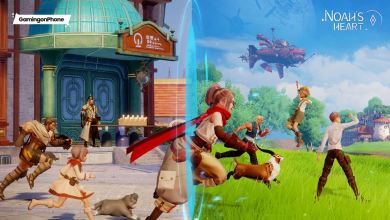 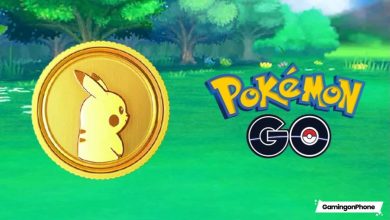 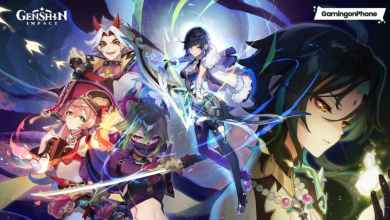