The famous MOBA from Tencent, Honor of Kings is getting a fighting spin-off game that has codenamed Dawn Break. The buzz has been in the air, since last year, after some still pictures were revealed. Recently, a gameplay video of Dawn Break has been released with player commentary. The video is about two and a half-minute long and displays a good glimpse of the gameplay with heroes of HoK fighting in the ever-known arcade arena.

The talks from the spin-off game have been there, since 2020, after the still picture has been leaked during the announcement of Honor of Kings: World. Players and communities were looking up to it. Every famous MOBA game has its own version two, hence, HoK is following that trend too.

The 3D side-scroller action RPG looks stunning with colorful visualization and fan-favorite heroes of Honor of Kings. From the video of the game, we can witness that it is offering some vibrant visualizations, pretty top-notch mechanics, and attractive battle stage interfaces.

We can see the game has a similar vibe and playstyle as Nintendo‘s market blower, Super Smash Brothers with identical visual arts and set-up formation. The characters are replaced with HoK heroes. This looks like an attempt where Tencent is trying to broaden their Honor of Kings universe.

Multiple battle stages were seen in the video

Till now, it seems like Tencent Games will be sending the game codenamed Dawn Break in the international market. But, it won’t be a surprise if they change the title for the global market. They have already done that, by naming Honor of Kings as Arena of Valor in different regions.

From the footage, it is pretty clear that the game will be available on mobile and probably on multiple platforms. It is still not clear whether the game will be released globally because of regional issues. The release date of the game is not known. No news of assurance has been provided from anywhere. Until anything big about the game comes out, enthusiasts just have to wait patiently and keep their eyes on the Internet.

What are your thoughts on the gameplay of Dawn Break? Do let us know your opinions in the comments below! 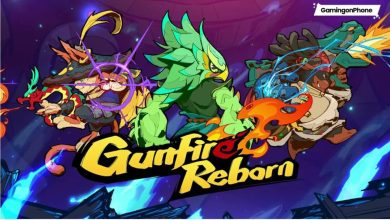