Mathilda, the Swift Plume, is Mobile Legends: Bang Bang very first Assassin/Support hero character. The character design resemblance is of a lively tribal girl. As a support hero, she has the ability to boost teammate’s movement speed. But her abilities are certainly interesting with high damage output. In this article, let’s just analyze the abilities of Mathilda to see what is her main role; an Assassin or Support in Mobile Legends.

Mathilda gains Ancestral Guidance while moving. When it is fully charged, her next Basic Attack will be enhanced, dealing 150 (+100% Total Physical Attack) (+80% Total Magic Power) Magic Damage to the target and increasing her Movement Speed by 50% that rapidly decays in 2.5 seconds.

Mathilda resonates with the power of ancestors and summons wisps that surround her for 3 seconds – when her movement distance increases, more wisps will be attracted to her, capped to 4 wisps.

Mathilda leaps to a designated place and upon landing, she creates a field surrounding her. Allied heroes within the field will gain a new skill Wind Force. When an ally uses Wind Force, they will blink to Mathilda and both of them will gain 30% Movement Speed for 1.5 / 1.7 / 1.9 / 2.1 / 2.3 / 2.5 seconds.

Mathilda applies a Soul Mark to the targeted hero, dealing 160 / 180 / 200(+40% Total Magic Power) Magic Damage and within 3 seconds, Mathilda can cast the skill again to immediately fly around the target for up to 3 seconds. During this period, wisps will rush to nearby enemies, each time dealing 40 / 45 / 50 (+20% Total Magic Power) Magic Damage.

After casting skill or reaching the time limit, she will rush to the target, knocking enemies back and dealing 640 / 720 / 800 (+80 Total Magic Power) Magic Damage.

The skills of Mathilda gives her some good attacking stats as an assassin but also makes her agile on the battleground. She is very easy to handle assassin as the player doesn’t need to aim to cast the skill. The first skill deals huge damage to opponents at the very beginning of the game. And with the unlocking of ultimate skill, she can become very deadly right from the start of the game. The ultimate of Mathilda not only boost the attack but also provides shield and damage reduction.

Skill 2 of Mathilda is the reason she is also a supporting character. The skill allows her teammates to teleport to Mathilda which actually isn’t that easy during the game.

The skills and the stats are definitely amazing and Mathilda can easily become a metacharacter. But that is if the developers wouldn’t nerf her in the future patch release.

Mathilda is probably not going to release this year. With the current stats and features, it is clearly evident that the developers would nerf her and test her for quite some time on the advanced server. Mobile Legends have been adding so much diversity to character development recently that to provide a good balance hero stat is very important. And, this takes a lot of time and effort with continuous patch notes.

That’s all for today’s overview guide about Mathilda in Mobile Legends. Are you excited about the arrival of Mathilda in MLBB? Let us know in the comment section below! 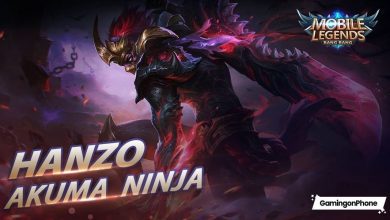 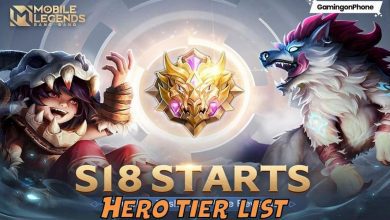