The Japanese-based organization Nexon has finally opened their pre-registration for their next big project, a tactical-based combat game called Argent Twilight. The game features a sporting anime theme line which could grab the interests of anime lovers.

Earlier in 2021, Nexon had already revealed this game in the name of a project called Project SF2 which could beat the market of the famous Genshin Impact. It looks like Nexon has finally sent a pretty confident message. For the time being, the action–adventure RPG game is set to be released in some selected regions.

Argent Twilight comes with an epic battle strategy game involving some unique anime-based character designs and appealing 3D gameplay. The game carries you to shape and grow up your character. You can utilize them with heroic skills and attributes by planning an effective attack on your enemy team.

With a vast storyline and appealing graphics, you will get to see some exciting side stories, and new towns yet to be revealed. The game features numerous raids, PvP battles, many exciting events, and explore challenging dungeons.

The primary goal is to build up and level up your character in the game with new skills and attributes. Build and shape the ultimate team to defeat powerful bosses experiencing fierce competition. In the trailer of the game, it seems that many of the general elements present in the game are from Genshin Impact.

However, as nothing much is still known about the game, let’s not get into the discussion if it’s similar to a game or not. Currently, there are no announcements about the official release date of the game. Interested players can pre-register for it in the Google Play store and the App Store.

Are you excited as Argent Twilight is now available for pre-registration? Let us know in the comments below! 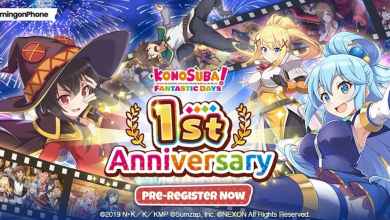