Since its release, Wild Rift definitely shook up the MOBA mobile gaming world with its unique League of Legends style of approach and various in-game events. Whether it is the rune system or the Rift map, Riot Games has its own ways of doing things. This also applies to the unique and different types of Events Wild Rift has put out so far. Now for the first time, the developers have given us a glimpse of how those events are made. And the information that the events take up to a year of development is not the only new piece we got out of it.

Since its beta release, Wild Rift had already launched a ton of events with Lunar Beast, Masters of the Hunt, Broken Blades, and the current Sentinel of Lights being one of the biggest thus far. But like all things, events have to start somewhere. So before constructing a new project, the Wild Rift Team has to look at the whole year to properly plan how many events can be released in general.

After that, the devs look at which group of champions have common interests, since they can easily build a story from that. Afterward, the design and the common goal of the event are being looked at.

As a goal, the team likes to have a player’s journey in the form of missions, mechanics, and rewards so the players have a great experience from the start to finish. After that, the team works on the visuals, animations effects, art, and user interface. With that, they try to give every single event a unique visual element.

Sometimes, more than one team of the Wild Rift department works together to create the whole experience. Therefore, it might take more time to finish the development than expected.

The purpose of events is to give the Wild Rift experience some freshness sometimes. Unlike other factors, events are temporary options for players to earn rewards. To keep up this breeze of fresh air, there have to be cool-down periods between events. Not only for the reasons that events should be seen as special but also for the fact that they take a lot of work for the devs to make. And between producing other new content, they try to keep up the balance.

While creating missions, the Wild Rift team always tries to not force players out of their comfort play style zone. That is the reason missions have an OR option as well, so the support player does not have to get a triple kill to complete their mission. So hopefully all players regardless of their play style can progress through the event.

While working on rewards, the developers look at how they can help the players to express themselves, while also looking at how the reward can be a way to been looked at memories. Additionally, the focus is obviously on how they will help players to earn different currencies and content such as champions.

The team’s purpose of champion rewards is to extend the player base’s champions pool. And to give a reason for grinding an event, the drives purposely put accessories like icon borders at the end of the rewards track.

On this note, the Wild Rift team addresses the long-awaited questions from the community. The common technique for the devs right now is to give out the options for skins by Poro coins and energy and event currency. Flat out giving the skins will not be the direction the developers want to go since skins are one of the main income for the team.

The reasoning behind their approach is giving the players permanent progress towards the next free skins over time, while also handing out the option to earn a skin (through the random Poro chest) with a single event. This helps the devs to reinvest into new projects and a better experience for the Wild Rift players.

As of now, the Wild Rift team is already working on some special events coming up this year with new designs and formats. Currently, the devs are working on ways to help players find and claim their event rewards easier.

With the help of the community’s feedback, Riot Games can work on ways to improve the experience of events even more.

Related – Riot Games talks about mobile gaming and its future

What are your thoughts on the vision of Riot Games towards event development and its plans for the future? Do let us know in the comments below! 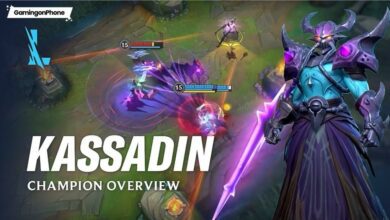 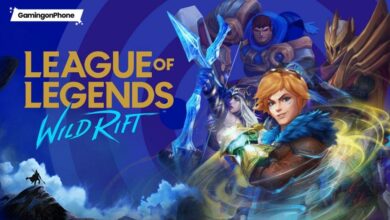 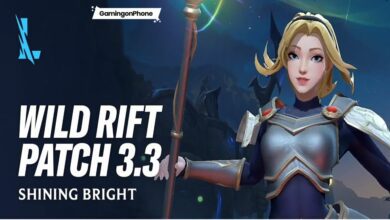