The Hack & Slash Action RPG Sword Master Story success race is far from over in 2022. Its recent collaboration with DanMachi came to a conclusion on a high note, with more than 4 million global total downloads. Consistent releases of new characters, dungeons, and other growth content, as well as savvy collaborations with international IPs like KonoSuba and DanMachi, have undoubtedly piqued gamers’ attention and elicited a passionate response from players all around the world. However, the varied attractions of the Sword Master Story game may have been the primary contributors to the steady stream of new and returning players.

Here are five reasons why Sword Master Story might actually be addictive for fans of indie games or RPGs:

Some of the key charms of Sword Master Story include the rapid and refreshing action, colorful skills ideal for the double-sword action style, automatic hunting, and the double speed feature. It’s the ideal game to avoid boredom because of the quick tempo and immersive movements of the characters.

2. The game features a Solid Storyline

The Sword Master Story tells the story of Cain, an average student who travels to a new realm, becomes a sword master, and restores global peace. The protagonist is then deceived, and he and his comrades must overcome numerous obstacles and difficulties.

Players will take on the role of Sword Master Cain while exploring the game’s environment, creating their own adventure by exploring a new planet and fighting a massive evil while accompanied by loyal and charming companions. One of the reasons why gamers should not skip this game is because of the intriguing storyline and distinct backstories of each character.

Since its initial debut, many gamers have been drawn to the game’s unique characters and battle scenes, which are depicted in a pixel manner that is unique to Sword Master Story. To make the battle even more intense and keep the players hooked on the thrill of collecting them all, each character will display their personality through unique skills.

New backdrops and character costumes are released in accordance with the seasons, making it impossible for players to look away from Sword Master Story. Watching the characters’ magnificent acts unfold in such a fast-paced game will pass the time faster than any other game.

4. A Stimulating and Strategic Game

The strategic party composition, the Destiny Collection, and the guild system will all add to the enjoyment of everyone’s Sword Master Story experience. Although the game’s mechanics are simple, the game’s infinite possibilities are found in how players care for their characters and which traits make up their combat party.

They’ll also need to understand not only their own characters’ traits, but also the attributes of their foes, and plan strategically in order to deal as much more damage as possible. When the players are stuck in the thick of a battle, changing the team and evaluating the characters’ fates will aid them.

Is It Wrong to Try to Pick Up Girls in a Dungeon? also known as DanMachi and Sword Master Story have just finished a partnership. Sword Master Story has been internationally recognized for its outstanding ability to seamlessly incorporate aspects of the original works into its already beloved world, attracting much excitement from players and fans of the original works, thanks to its second collaboration after the one with Konosuba.

To avoid boredom among players, the Sword Master Story team recognizes the necessity of regular updates, character releases, and fresh growth content, as well as cooperation with other IPs.

Various activities and gameplay announcements will be released in the official community to commemorate the 4 million downloads milestone of Sword Master Story. Players can participate in a number of amusing events that offer fantastic benefits, such as 2,500 rubies for participants in the Congratulatory Comment Event and a Surprise Coupon Event for all users.

Related – Sword Master Story Free Codes and how to redeem them

What are your thoughts about Sword Master Story crossing 4 million global downloads? Let us know in the comments below! 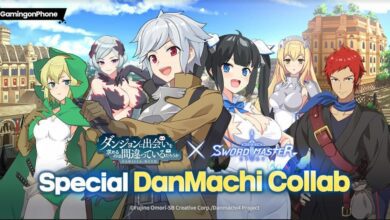 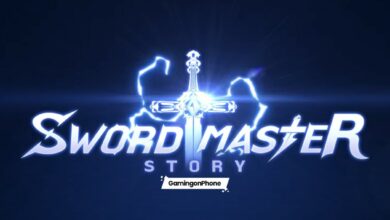