Ronin: The Last Samurai is an action samurai game released on the 4th of January by Dreamotion Inc. The game comes across as pretty elegant, portrayed in an ink and wash painting style. Playing it does require some skill and things like timing, focus, and knowing the strengths and weaknesses of your enemies matter a lot. We liked the overall presentation of the game a lot and you basically need to keep fighting until you avenge the death of your master. Here in this article, we will review Ronin: The Last Samurai and share our first impressions of the game.

Step into the shoes of a brave Samurai

Starting off with Ronin: The Last Samurai review, at the starting of the game, you are given a quick intro to the game mechanics and then, you have to fight against those who are attacking your village. Like we said earlier, you need to keep fighting enemies until you clear a chapter and you have to start all over if you die. Every time you die, you start over. You can use the power-ups between levels but after that, you can’t refill your health unless you use a power-up. This means that losing health in one stage can go on to hurt you in the next stage.

There’s a lot of different enemy types to battle and you often have to fight more than one at every stage so you’ll have to decide the best way to attack. Enemies can wield weapons like swords, muskets, and spears to hit you with and as you progress, your enemies also show development and skill. You have the option to attack, block (defend), parry and use special attacks and Counter flashes. Timing is key and if you attack or parry well, you can temporarily stun your enemies after which they won’t be able to defend themselves for a short while and you’ll have the upper hand. You can also get stunned and to get out of that situation, spam click the attack button.

Live the life of a Samurai without in-app purchases

Gems and Gold are also a part of the game and can be used for things like chests and to upgrade power-ups. You can select an ability before the start of every stage and some of the abilities include Health recovery, Damage reduction, Strength enhancement, Regeneration, and more. The game also has an energy bar element to it so you might be a bit restricted while grinding.

Players can purchase and upgrade weapons, defenses, and abilities with the in-game currency. You can totally play through the whole game without spending a dime but in-app purchases do exist. You can buy things like gems and bundles with real money and they do make the game easier for you but not buying them doesn’t halt your progress by too much

The ink and wash setting sets the tone of the game

The graphics and aesthetics are absolutely beautiful while the in-game music sets the right tone. The sound effects go along perfectly and everything comes together to give players a great experience. Despite the fact that everything within the game adopts a 2D ink and wash style, there’s a lot of vibrance and the visual effects are also pretty good looking. The game has a pretty rustic and rough look to it (which is pretty good and suits the overall feel).

The controls are pretty standard and easy to get used to. You can use the Block button to move around, block, and parry attacks while using the Attack button to attack, counter-attack, and dash. There’s also a special attack button which you can only use once it’s full. However, we feel that counter flashes are really hard to execute and the skill gauge can take too much time to fill up. The UI could be worked upon because while the main menu has a lot of options to upgrade and buy stuff, you don’t really get a good introduction and are left feeling overwhelmed.

Ronin the last samurai is one of those games you play on a rainy day. The graphics are beautiful and the gameplay is riveting. But it requires your total focus and mistakes will come to bite you in the back later. The difficulty is a bit too high and new players will find it higher to finish levels. Playing through, we didn’t come across any bugs or glitches and were satisfied with the overall package presented.

With some work on the game, it would definitely be something we would recommend to other people in the gaming community. While going up against overpowered enemies is definitely fun in its own way, you do get tired of constantly losing cause you had a major disadvantage starting out. Another thing that we felt is that while the game would do even better with a storyline, the developers stretch out a very dry and thin storyline throughout the game. There definitely was scope for improvement in the storyline.

What are your opinions on the Ronin: The Last Samurai game and your review of it? Do let us know in the comments!

With some work on the game, Ronin: The Last Samurai would definitely be something we would recommend to other people in the gaming community.

Suicide Guy review: Step out of your nightmare 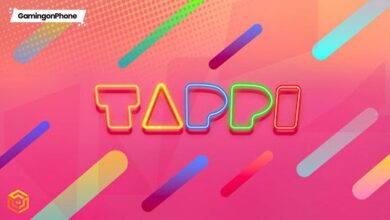 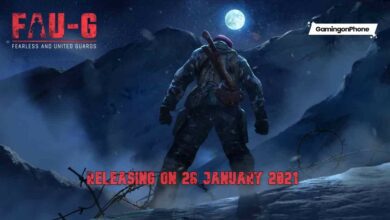