Chrono Legacy is an exciting turn-based RPG game that will let you fight alongside historical figures in order to fix the broken timeline and fight against evil to save the world as you will form a six-member team and start the journey to every sacred place. In this tier list, we will give players an insight about heroes in Chrono Legacy that worth is the time to grind and the best-recommended hero that players may want to add to the roster.

As you will have a very long journey and battles, it is important for you to have a good team with heroes that will carry you throughout every battle. Even though each hero has their own unique ability and skills, it is worth knowing that there is the specific hero that has the better ability, stats that their presence will put you in an advantageous position.

The below picks are the best heroes that are worth your time to farm and upgrade them to their maximum levels. The effect of their presence in the battle is the factor that makes these heroes recommended to add to your roster. Here, we will give a good insight into the recommended characters.

Hanzo is one of the heroes that you can right at the beginning of the game, but do not underestimate his role in your team. As an assassin, he will jump directly behind enemies and attack their mid ranges hero. Hanzo’s unique ability is whenever he managed to execute the enemy during his ultimate, he will continue his ultimate to the nearest enemy, so it will be easy for him to execute more than one enemy in one move.

Lagertha is the toughest tank in Chrono Legacy. She has a huge amount of HP and her defense is undefeatable. Moreover, her Enhanced amulet will restore her fellow teammates’ HP and decrease the enemy’s incoming attack. Moreover, she can counter attacks enemy normal attack and taunt enemy to only attack her.

The legendary Burmese King that always brings his elephant to the battlefield is a reliable tank that could open the chance for your teammates to finish the enemy faster. The wrath of the Elephant will stunt enemies in his attacking line and stunt enemies for 3 seconds.

He lives up to his name in this battle as his ultimate will drain enemy blood while dealing damages to them at the same time. So, he can heal himself in no time even on the brink of death.

Asoka will provide every protection that his teammates needed. He can silence multiple enemies with his ultimate, and he will also provide a shield to his low HP teammate.

Mulan is the best warrior and damage dealer in Chrono Legacy. She has the biggest attacks power and is very dangerous in the battle. She can deal damages and stun enemies at the same time with her Agile Blow, and her sword dance will attack multiple enemies and reduce their attacks at the same time.

Masamune is the best archer to execute mid ranges enemy. He will deal more damage to the farthest enemy, and he can enter aiming mode when he will automatically deal damage to the lowest HP enemy every 3 seconds.

Joan of Arc is a suitable support for difficult and long battles as her two main skills will restore her and also fellow teammates.

Alexander is actually a broken hero, as he can summon an army to help him. He also has two states, and one of them is when he mounted his horse.

It is true that having an overpowered and broken hero will help you to finish the chapter easily in Chrono Legacy. However, it is important for you to have a good insight into every hero that you have in your roster, as you will need that knowledge to make a good decision about the roster that you will form. Having at least one hero that will affect your roster performance and durability will help you a lot especially in the arena when you will meet various heroes, formation, and hero bonds that will put you in a difficult position.

What do you think about this Chrono Legacy Hero Tier List? Let us know your opinions in the comments below!

The “historical” figures in this game are often anything but. Lagertha and Mulan are of uncertain or unlikely historicity. Joan of Arc certainly existed of course, but she said at her trial that she didn’t fight (the game seems to show her whacking people with her banner, which is loosely based on the fact that she said she carried her banner in battle, but of course she didn’t use it as a weapon). 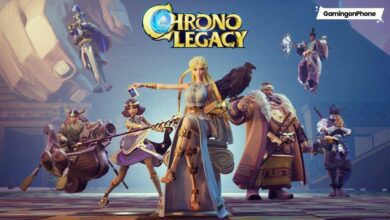 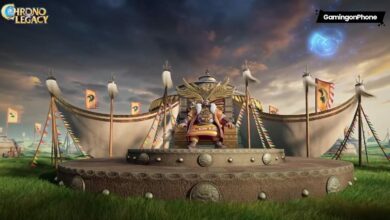 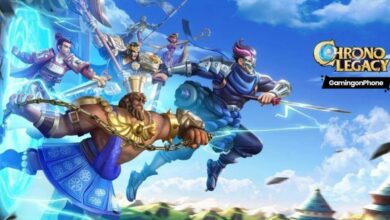