In Diablo Immortal, you can join a Clan or be a part of a Warbands. If you do not want to be a part of any clan or a Warband, you can go to Westmarch and find the Party Finder (NPC) but you will not find as many benefits as you can find being a part of a Clan or a Warband. The good thing about this multiplayer system is that you can get better rewards and gear if you work in a group and achieve a common goal. This is another way of progressing faster in the game and making your character more robust and more powerful.

Clans can consist of a maximum of 150 members at the most trying to achieve a common goal. Being a part of a clan, you can take on dungeons and finish events together as a group and earn amazing rewards. Clans are more of a seasonal thing as they will disband after a season and you need to start with a new clan in a new season.

To create a clan of yours, you need to first reach Level 40 and you need to have 100k gold or 3000 platinum. You can also become a part of a dark clan (also known as Dark Houses of The Beta) if the player reaches level 30. Dark Clans can compete with other dark clans to become Immortal Clans by taking part in events and activities and fighting other immortals in an attempt to become immortals themselves It also holds the advantage of inviting two other clans to join and make a bigger clan.

How to join a Clan in Diablo Immortal

To be a part of a clan in Diablo Immortal you need to first cross level 30 in the game. Here are the following steps on how you can join a clan:

Warbands are smaller groups as compared to clans where 8 members can be a part of it. These small groups are for those people who want to play with a group of friends and complete dungeons and events. The great thing about diablo immortal is that you can get rewards after completing events while playing in a group. You can get to collect unique and rare items after each event. Also, don’t forget to check the Warbands leaderboard which will also reward you based on your performance.

How to join a Warband in Diablo Immortal

Here are the steps that you need to follow:

These are for those players of Diablo Immortal who don’t want to join either clans or warbands. Party finder(NPC) can be found if you go to Westmarch. It’s not a great alternative to clans and warbands but you can get to play with other players and join you in battles just by posting a recruitment post. It is the best way to party up at a short notice if you aren’t a regular player.

How to play multiplayer using Party Finder(NPC) in Diablo Immortal

Diablo Immortal is a new trending ARPG game on the list after its release on Android and iOS platforms. The game not only encompasses a good storyline but also has a good multiplayer system consisting of a variety of social options that will make you connect with other players.

Did you find our guide to Clan, Warbands, and Party Finder in Diablo Immortal helpful? Let us know in the comments below! 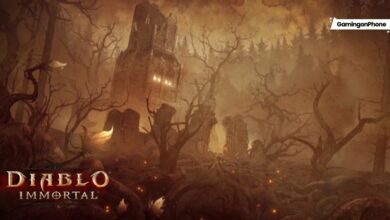 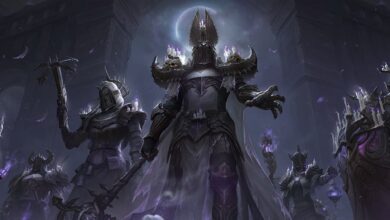 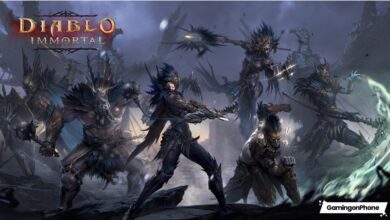