Back in November 2020, Epic Games issued a survey to ask if the loopers would be interested in paid subscription services to which they got an affirmative response. Since then Epic games launched the concept of the Crew pack which has a lot of perks ranging from getting new skin to getting 1,000 V-Bucks every month. All this would cost $11.99 USD a month. Now there are 21 Crew packs released since December 2020. In this article, we have listed all the Fortnite Crew pack in ascending order of the time when it was released.

This is the first and one of the best crew packs launched by epic games back in December 2020. Along with the outfit, the fractured world back bling and Cosmic Llamacorn harvesting tool are bundled. Galaxia is like a combination of Galaxy and Brite Bomber, as she has a space pattern all over her body and has a rainbow with a star on the chest. She also has pink hair with blue sunglasses and is a Ramirez model outfit.

This was a DC series-inspired outfit of the Green Arrow. Along with the skin the crew subscribers also received the Tactical Quiver Back Bling and Boxing Glove Arrow harvesting tool. Well, the loopers were particularly disappointed with this crew pack claiming this pack didn’t do justice to the DC character.

This pack came along with Up North Back Bling, the Puffcorn Pick Pickaxe, and the Llegend wrap. This outfit looks a bit hilarious if look closely, the weird combination of a bulky head and a human-like body didn’t reach up to the mark of the loopers and therefore it became one of the least popular and least used packs in Fortnite.

This pack included the Squee Back Bling, Skellyfish Pickaxe, Cat’s Paw wrap, and the catwalk loading screen. This outfit has a lot of colors and looks very alluring but this was not very popular among the loopers.

Deimos was claimed to be a Ninja-class Hero in Save the World by Epic Games. This outfit came along with Sorrow’s Edge Back Bling, Sorrow’s Reach Pickaxe, Doomed Echo Wrap, and the Skull Stalker Loading Screen. And this outfit had 3 options within which the players can switch according to their preference.

So far Epic Games has launched 19 Crew packs and this pack is considered to be the best of all. For fans of Power Rangers or other shows from the same genre, this pack is a must-have. This also comes in 3 different styles and features the Psytronic Bow Back Bling, Nuzzle Jet Pickaxe, and the Cuddle Mech Wrap along with the outfit

This Pack features the Loki Laufeyson Outfit, Loki’s Cape Back Bling, Loki’s Scepter Pickaxe, the Chitauri Chariot Glider, and the Loki’s Welcoming Loading Screen. This was another pack inspired by the DC series character. Even though the pack and the skin looked aesthetic, this didn’t have any competitive advantage.

This pack was released to mark the summer season with this casual persona named Skye. The Pack’s Set contains the Summer Skye Outfit, the Cursed Eagleshield Back Bling (emblazoned with a new winged friend), Epic Sword of Might Pickaxe, Pspspsps Wrap, the Cattitude Wrap, and the Afternoon Quest Loading Screen. This was among one of the most popular crew packs because it could incorporate a bunch of community-made skins in one, combining seven different skins in one.

This pack is perfect for you if you’re into cosplaying as a cyber wolf. This skin looks really cool but due to its bulky head, it is very easy to spot. This pack contained Burning Fangs Back Bling and the dual-wield Burning Fangs Pickaxe along with the wolf outfit.

Chaos Origin is the predecessor to Chaos Agent. His outfit which came along with the Siphon Pack Back Bling, the Mutagen Mace Pickaxe, and the World Dominator Wrap seemed less appealing and players were a bit disappointed with the accessories as well.

This skin is not only very appealing but also very useful, her small profile makes it harder to point out and shoot. This pack came along with Sierra’s Go Bag Back Bling, the Serrated Steelblades Pickaxe, Glowing Vengeance Wrap, and the Sierra’s Vengeance Loading Screen. This entire list of accessories also comes in pink and blue stormstepper alt Style.

This pack includes The Cubist Back Bling, Cube Edge Pickaxe, and the glyphic Assassin’s Mark Wrap. The darker tone of this skin gives it a small competitive advantage plus the reactive effect gives players a sense of overwhelming power.

This pack came along with Rave Digger Pickaxe (as sharp as the spikes on Aftermath’s head) and the Glitter n’ Grim Wrap. When his hood is removed, the golden skull looks ridiculous but the overall outfit is really cool.

This is one of the best skins in Fortnite history, her base skin might be a bit too bright for some but the dark alt style is everyone’s favorite. The pack included Lovely Skully Back Bling, Heartslash Pickaxe, and Tracy’s Arsenal Wrap.

Sayara is another assassin-type skin to be added via the Crew Pack. In addition to the outfit, the pack contained Fangs of Sayara Back Bling, Dual Machettas Pickaxe, and Sayara Sight Wrap.

Southpaw is the first Fortnite Crew Pack skin to utilize the disembodied arms/hands model. This pack included Crystalline Style of the Southpaw Outfit, Counterpunch Back Bling, and Arc Flail Pickaxe. The players also received 3 loading screens as a bonus.

This pack is one of the most recent crew packs launched by Epic games, this is a special skin because of its importance to Fortnite’s storyline. Its design is similar to Mecha Team Leader but it has a sleeker color palette. The pack included the Mecha Light Capacitor Back Bling and the Mecha Reborn Wrap.

This pack resembles the Gothic Shadesoarer Glider, Phaedra. The Outfit comes with the Shrouded alt Style, providing even more protection from the light. The pack included the Stygian Parasol Pickaxe and the Inky Reflection Loading Screen.

This pack is the latest crew pack to arrive in Fortnite and resembles the fan-favorite mutant, Wolverine. Fortnite celebrates the Marvel: Zero War comics-brings the “X” factor bringing the Wolverine Zero skin. The outfit comes with Muramasa Blade Back Bling, a legendary sword fashioned by a demon swordsmith that may be drawn provided you have the included Pickaxe variant equipped. Besides the outfit, the pack also includes The Best Fight You Ever Had Loading Screen.

What are your thoughts about our list of all the available Fortnite Crew Packs? What is your favorite Crew Pack in Fortnite? Let us know in the comments below! 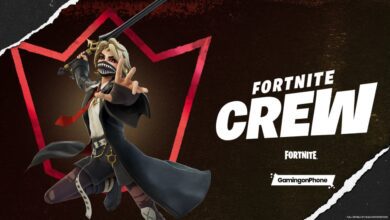 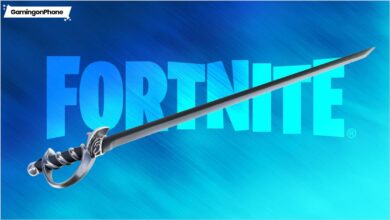 Fortnite Chapter 3 Season 4: Tips to get the Duelist’s Grace Pickaxe in the game 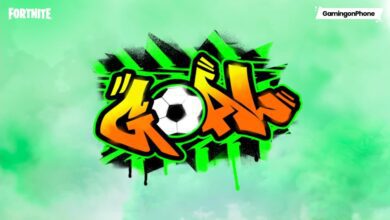