Free Fire has unveiled a new playable character called K, also known as Captain Booyah. The character comes as the main attraction of the new DJ KSHMR × Free Fire collaboration. K has been introduced in the game already and is available in the Faded Wheel in-game event. The event also offers a free spin, which gives the players a chance to get the character for free. Here’s all you need to about the new Free Fire character K.

The new character ‘K’ is based on the real-life American musician Niles Hollowell-Dhar, better known by his stage name DJ KSHMR. He is 32 years old and has struck a very influential impact on the audience as a Record Producer DJ of Indian descent. He was ranked 23rd on DJ Mag’s 2015 Top 100 DJs and was awarded “The Highest New Entry”. His place elevated to 12th in the Top 100 DJs of 2016 and maintained the same spot in 2017. His genres include Progressive House, Big Room House, Psychedelic Trance among others.

K is a professor and Jiu-Jitsu expert. He went through hardship early in his life which taught him to stay calm, composed, and see value in every experience. The character has been designed wonderfully by keeping an element of mystery attached to him and his peculiar name. His character skill is called Master of All. The skill is a tad bit complicated to grasp in the first read. Though, it’s not that hard to understand.

K Character Skill: Master of All

The active skill of the new character which seems to be a combination of quite a few other skills. All of which are focused on EP (Energy Points) Regeneration.

The overall skill can be broken down into three sub-skills. One of which is passive while the other two remain active in nature. Here’s a table that will help you understand his skill in an easier way.

As you can see, K is a medic sort of character. He can help his allies survive longer if they have got an EP. What’s even more interesting is its Mode Switch Cooldown which is just 20 seconds.

K is quite similar to DJ Alok but not entirely. While both remain survival characters, it’s essential to note here that DJ Alok can, at most, recover 50 HP while K can restore till the complete 200 HP. The competition between DJ Alok and K is a real close one, though. This is because DJ Alok doesn’t require EP to regenerate health.

K inevitably surpasses A124 in terms of popularity and usage. A124 also uses EP conversion skills. Previously, she was second to none in terms of healing as she would give 50 HP instantly without even having to wait 10 seconds. But with the introduction of K, things will change.

In a nutshell, both DJ Alok and K are the ultimate survival characters. Though, K can create almost invincible regeneration abilities when paired up with other EP specialists characters and pets. For instance, pairing K with Jota, Miguel, and Luqueta could prove to be quite deadly. Other possible synergies with the Panda, Otero, Spirit Fox, etc. can help him endure the prolonged battles and even surpass DJ Alok.

Are you excited about this new Free Fire character K? Drop in your opinions in the comment section below! 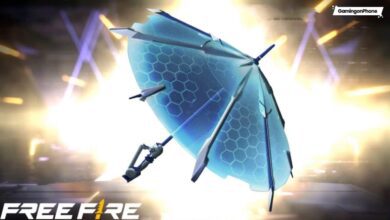