While not all players have access to Draft mode, understanding how it works becomes a necessity once you reach Epic Rank in Mobile Legends; since from Epic onwards, you’ll get a coordinated pick and ban phase, drafting forms one of the most strategic parts of the game. Yet many players have no idea to capitalize on a first pick or the ability to counter pick.

How does Draft mode work?

Before players start to ban (4 Heroes in Epic and Legend, 6 from Mythic onwards), they can show their preferred picks. Then the ban phase will start, where the last 2 (3) players of each team alternately proceed to ban Heroes. If no Hero gets selected by the player in time, then nothing will get banned. Afterwards, the pick phase will start, where again, players alternately pick their Heroes.

While many might think the game starts when everyone has loaded in, in fact it begins the second you enter Hero selection. And in order to increase your chances of winning, knowing how to manipulate the draft is the very first step.

Having the 1st pick comes with a huge benefit at the cost of – you guessed it – some disadvantages. By being the first one to pick a Hero you have the privilege to pick the strongest open Hero. But this also means that you must not mindlessly ban all Meta picks. By banning a Hero with less priority, you force the enemy into a lose – lose situation. 2-3 bans aren’t enough to cover all oppressive Heroes.

While the ability to secure an OP Hero sounds unfair, everything comes at a cost: The enemy gets both 2nd and 3rd pick, so if you screwed up your bans, they get their hands on 2 strong picks as well. Therefore make sure to identify which bans are necessary not only to secure your Hero but also to avoid giving the enemy an advantage.

As we already said, having last pick requires you to evaluate more carefully which Heroes you cannot afford to give over to the enemy team. However, you also have more room for counter picking and adjusting your comp. This means you’ll always be able to counter whatever the enemy is drafting more efficiently.

Also, considering how many Heroes do well in the Meta, you can not only counter the enemy’s picks but also secure 2 priority picks at once after the enemy picked their 1st Hero. This comes in especially handy when picking a Hero who gets hard-countered by another, denying the enemy an easy way to answer (good examples of this would be Chang’e and Lolita, Harith and Khufra or Zhask and Claude).

Especially below Mythic with only 4 bans, having 2nd and 3rd pick can actually be a huge advantage since you’re guaranteed to be able to pick 2 really strong Heroes.

Aside from the strategic elements of first and last pick in Mobile Legends, you should also understand generic Draft decisions. Ideally, this will allow you to manipulate the enemy’s picks.

Sometimes it can be a smart move to pick specific counters to a Hero shown by teammates in order to prevent the enemy from both picking that Hero as well as counter-picking it (if you can’t just draft both at once). Zhask open and your teammate wants to play him but Claude is open as well? Pick Claude first. The enemy will think about picking Zhask twice; even if Zhask gets picked then, you’ll have the upper hand. The same concept applies to most Heroes with hard counters.

Some Heroes naturally synergize with each other very well. Esmeralda, for example, does really well with Angela and Lolita because she can absorb their shields and their kits enable her to carry really hard. So make sure to check your teammates’ picks and consider adjusting your pick for better synergy and higher chances of success – of course, always go with Heroes you feel comfortable playing!

This happens rather frequently in SoloQ and usually causes trouble. There is no need to ban Ling when your teammate wants to play him and you have 1st pick. Let the enemy ban him or secure the pick. However, as we discussed earlier if you’re 2nd pick the ban is more than reasonable. Explain this to your teammate to avoid frustration; most of the time, they’ll understand.

One of the most basic yet crucial things when it comes to the Mobile Legends Draft. Swap priority picks for your teammates if you get to pick before them. It doesn’t matter if you have a 69% winrate on Lesley, it doesn’t matter that you just won a skin for Martis – swallow your pride and prioritize Meta picks of your teammates. 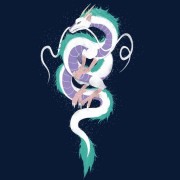