Midfielders often miss out on the credit they deserve on a football pitch since their hard work and creativity are often overshadowed by the glory of the goalscorers. But they are equivalently important for a team. They operate the flow of the football one team plays. They link the defense and the attack, in their own style. So let’s break into different playing styles of midfielders in PES 2020.

Box-to-Box players are modern-day midfielders who move from their own penalty box to the opposition penalty box with or without the ball. They track back and try to protect the defense whenever the opposition moves forward with the ball. Also, whenever there is a chance to attack they move forward and involve themselves in the offensive build-up. They also fancy a shot at goal whenever there is a chance to shoot from inside/outside the box. Their main job is to move the midfield block up and down the pitch. Box-to-box midfielders have great stamina, good ball-control, passing and dribbling and also good offensive and defensive awareness. Also, a fast B2B midfielder can be really useful as he can turn the defense into an attack very quickly with his pace. (Ex: L. Goretzka, P. Zielinski). Box To Box midfielders are very versatile in PES 2020.

Best formations to use in: Any formation with 2 or more CMFs like 4-3-3(Ex: Y.Grimault, G.Zeitler, C.Tunal) works best with at least one Box to Box midfielder.

Hole Players are those players who can exploit the spaces between the opposition defenders really well and generally drop deep from their normal positions to involve in the build-up. Their link-up play is very good with one-touch passing and other traits. Also, whenever there is an attacking chance, they move forward and function as an extra attacking option. They are good recipients of through balls and final passes, so ball control is an important attribute for them. Offensive awareness, dribbling, finishing, and stamina are other useful attributes you should look for when choosing a hole player in your line-up. Hole players tend to leave spaces behind when attacking so you need to make sure your other midfielders and defenders fill up that space.

Classic no.10 players are old-fashioned players who don’t move too much from their positions but have a great ability to create or score goals. They often provide the final pass for a goal or shoot themselves according to the situation. Therefore they can create a system around them. Ball control, passing, dribbling are some important attributes for them. They need players around them who have good movement on and off the ball and they mostly stick to their position. Many Classic no. 10 players have low stamina due to their less movement.

Best formations to use in: They are best suited for the AMF position in 4-1-2-3(Ex: L.Roman) or 4-2-3-1(Ex: F.Terim), but can also operate as an advanced CMF. These players can also be played just behind the striker as SS in 3 in the front formation like 4-3-3(Ex: Q.Setien)

Creative Playmakers often move out of their position to receive passes and can create good goal-scoring opportunities continuously. They are very useful in offensive build-ups as they can create spaces for other players to run into. Players who make forward runs such as Goal Poachers, Hole players or Prolific Wingers can exploit the space. They are very good at making the final pass and sometimes can fancy shooting themselves if the player has good finishing ability. Dribbling, Ball Control, Passing and Tight Possession are some important stats for creative playmakers. They can fool the opposition defense with good dribbling or passing ability(Ex: J.Felix).

Note: One interesting combination you must try out in PES 2020 is a creative playmaker with pacy goal poachers/prolific wingers. The long balls mostly seem to work and therefore can take the opposition defense by a surprise! Creative playmaker midfielders have a versatile style of play in PES 2020 and can adapt to different attacking positions, wide or central.

Orchestrators are those midfielders who like to sit deep and are part of the build-up from the back in PES 2020. If you don’t have good passing options in your central/attacking midfield, make sure to have an orchestrator in the deep midfield. Orchestrators are good in both vertical and sideways passing and can feed the ball directly to players who are looking for runs behind the defense (Goal Poachers, Roaming Flank, Hole Players). Some orchestrators have a good finishing and curl with traits like Long Range Drive and Long Range Shooting, they can shoot at goal from distance and surprise the keeper (Ex: T. Kroos). Ball control, Passing(both low & lofted) and Balance are important stats for Orchestrators.

Anchor Man players are those players who play the role of an anchor between the midfield and defense. They are typically defensive midfielders, playing as a protector of the defense. They get back and try to cover the space between defenders when any opposition attack takes place. Anchor Mans can at times act as a 3rd CB whenever any other defender comes forward for pressing. They can also move forward for involvement in the build-up and even shoot at goal but generally like to stay back. Ball winning, physical contact, defensive awareness, and stamina are important attributes for these players as they are key for winning the ball back in defensive areas. They can be a good target for headers from corners thanks to their great physical and aerial ability.

The Destroyer player role is for players who have great tackling and physical abilities, and are fundamental for winning the ball back in the defensive third. These players like to move up the pitch once your team has recovered the ball. They are also good pressing agents because of their high stamina and good ball-winning capabilities but you need to be careful while doing so because that might create space in front of your defense in that case. Destroyers have almost similar movements to those of Box-to-Box players. Due to their high defensive and physical attributes like Physical Contact, Ball Winning, Aggression, Defensive Awareness, The Destroyers can play almost anywhere in central defense or defensive midfield.

Cross Specialist playing style is pretty much self-explanatory. These players are wide players by nature and can send in pin-point crosses for your forwards to head home. If you are using Cross Specialist players you have to make sure you have aerially strong forward players who can score from those crosses, otherwise, it makes no sense at all. Another effective use of cross specialists can be from corners. They can send in perfect crosses from corner kicks for your set-piece attackers to score. Cross specialists often seem to dribble or speed past opponent’s full-backs and then send in crosses. So pace(Acceleration, Sprint Speed), Dribbling, Lofted Pass these are important for Cross Specialists. They also like to track back when the opposition has the ball, so good stamina is necessary for them.

Did you find this article helpful? Which midfielder playing styles do you like in your team? Or do you prefer any particular midfielders in PES Mobile 2020? Let us know in the comment section below!

No need for nearly all of these online, just play two DMFs and have 4CFs and spam long balls and one twos, that’s the online meta.

I’ve not yet seen any formation yet where you can play 4 CFs, Med 😀 Would be great if you let us know. And you can read our article on online gameplay in PES to do better in online matches, even without long ball spamming. Cheers!

Your well described mid playing styles really helped find the missing link in my 4-3-1-2 formation.Thank you.

That’s great to hear, Saikat 😀 Hope you enjoy our other articles as much. Keep giving the love 🙂

What midfielders should I use for L Roman 4.2.1.3. I use messi as amf(100 rating) and paul scholes and rabiot as cmf’s

Mr Sood, you can use one Creative Playmaker(eg: De Bruyne)/Hole player(eg: Dele Alli) as AMF, one box to box midfielder (eg: A. Vidal) as CMF. And you must have a DMF in L.Roman’s Formation because generally its a defensively weak formation. Choose Anchor man/ Destroyer as DMF. If you wanna use 2 CMFs, I’d suggest going with one Hole player(eg: A. Ramsey) and one Box to box player. And your 100rated messi is best suited as RWF/SS in a 3 in the front formation. He’s not that good as AMF.
Keep reading our articles for more info. Cheers! 😊

Rabiot is a box to box midfielder
I can have Thaigo as a hole player
And KDB
But I find Scholes useful a lot so I use him instead of Thiago
I am waiting for Liverpool R Club Selection so I can get Fabinho as DMF. But the event is delayed. 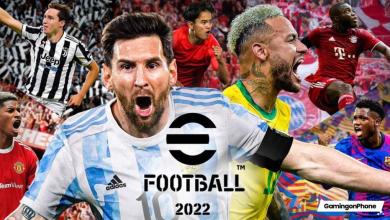 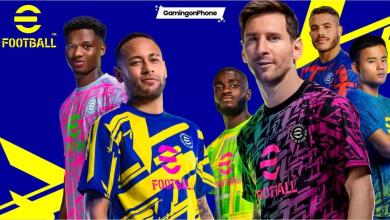 eFootball 2022: How to add a Profile Photo for your Avatar 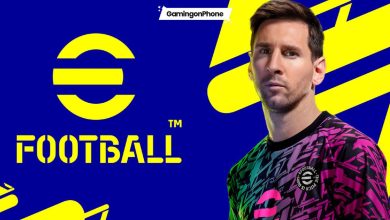 eFootball 2022 Guide: How to obtain and use Progression Points

eFootball 2022 Guide: How to obtain and use Contract Renewal Tickets