The Anniversary Cake Event Challenge is the latest addition to the Pokémon Unite, as a part of the 1st Anniversary celebration. As the 1st year anniversary celebrations continue, the previously announced events take place too. In this event, there are several sections or ways to earn the rewards. Players can read the piece till the end to know about this event in detail, to get the event’s exclusive rewards, which include the likes of Tuxedo Style Cramorant and Tuxedo Style Crustle, in no time.

The event basically aims towards the collection of Frostings to eventually claim rewards. As stated earlier, the event comprises 3 parts or ways of getting those Frostings. Firstly, the daily login Claim of Present Boxes (Anniversary Present Event). The reward one might get from each box is totally random. However, these 3 are the possible rewards from the random box you choose:

Also, there would be certain boxes that might provide players with a Bonus Chance on top of the reward which people get from that box. Hence, players must log in every day to claim a present, and wish for that Bonus.

The Special Daily Missions might be either of the following:

However, this list does not end here. It will be updated in this piece when required. The possible Normal Missions, so far known to us are:

This list too would require up-gradation with time. Players can follow us to get the latest updates.

The Ranked match mission is the most straightforward one among the three. Players must participate in 10 Ranked Matches in a week, and get 50 Frostings for each. Hence, throughout this event, one would be getting 50X10, which would be equal to 500 Frostings per week.

In this section of the guide, we will discuss some tips from the Anniversary Cake Event Challenge in Pokémon Unite.

What are your thoughts on the Pokémon Unite Anniversary Cake Event Challenge? Let us know in the comment section below! 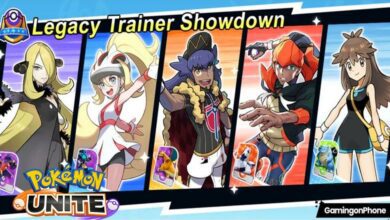